MANILA, Philippines – Guess who’s been spotted taking a break from under the sea, and turning up on our shores? The King of Atlantis himself: Aquaman!

Jason Momoa, who plays the iconic DC superhero, is in Manila for the Asian premiere of the movie. Amber Heard, who plays Mera, and writer-director James Wan, will also be present during tonight’s fan event at SM Mall of Asia.

Thankfully, his Atlantean passport seems to be valid. Check him out in the flesh – as he goes through immigration – according to this Facebook post by Filbar’s: 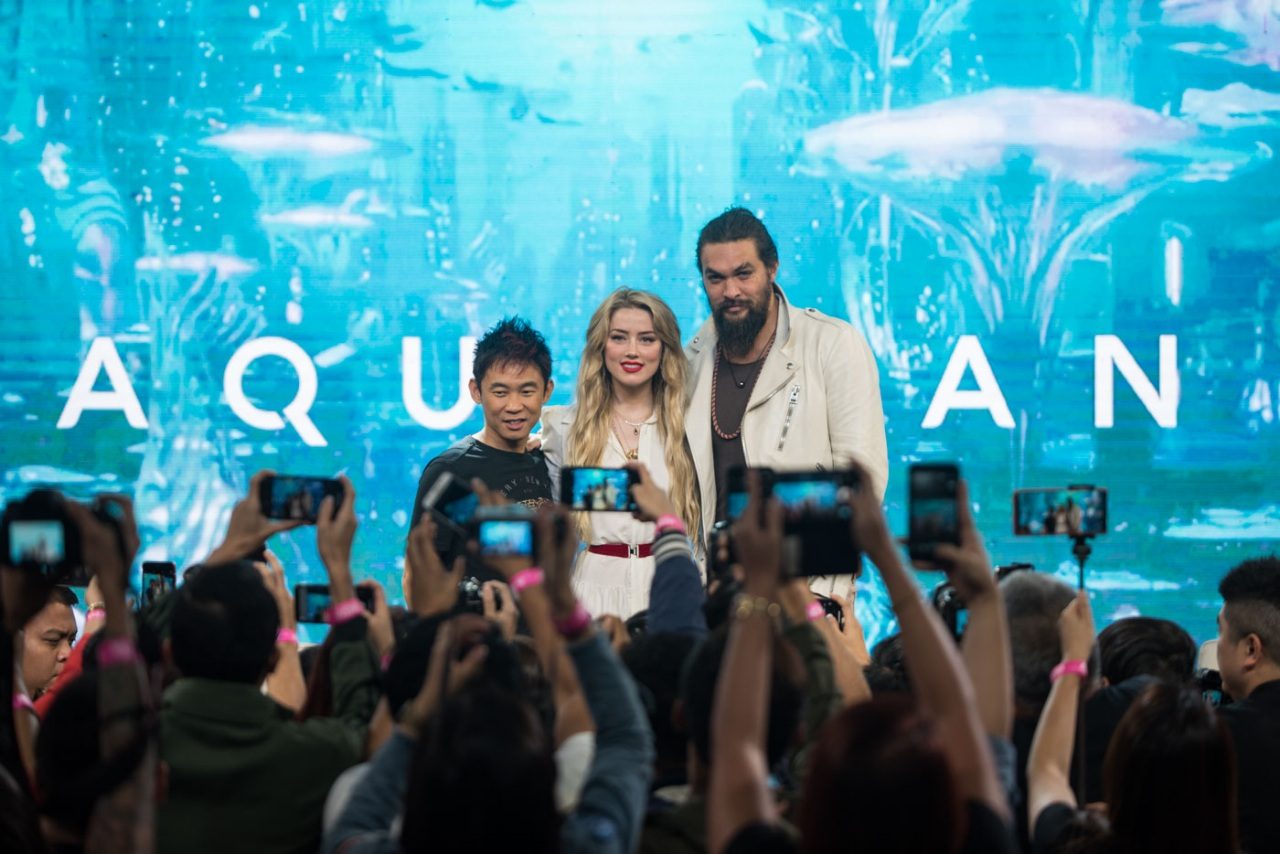 The Aquaman cast proceeded to the Music Hall of SM Mall of Asia a few hours later for the highly-anticipated Red Carpet Fan Event.

James Wan, Jason Momoa, and Amber Heard interacted with happy fans eager to get a selfie with their idols or have their memorabilia signed.