Penn Badgley and Shay Mitchell coming to Manila for ‘You’ MANILA, Philippines – Netflix has sprung another pleasant surprise on us yet again.

You fans better believe it – Penn Badgley and Shay Mitchell are coming to Manila. 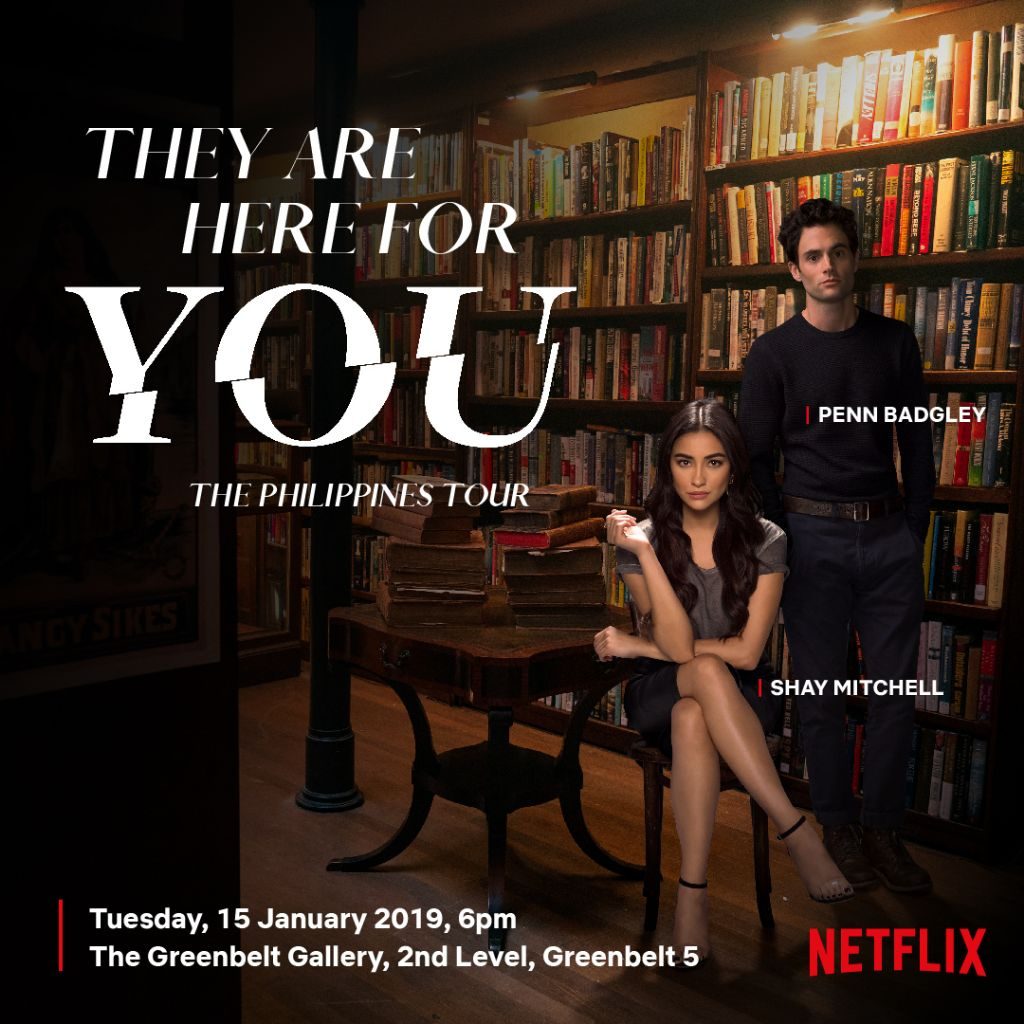 There will be a special fan event at 5:30 pm on Tuesday, January 15, at “Mooney’s Bookstore” – which will actually just be The Greenbelt Gallery at the 2nd level of Greenbelt 5, designed to mimic the show’s bookstore.

Not only will the stars interact with the show’s biggest fans, but fans can also get the chance to win exclusive goodies on that day.

You is a Netflix original series based on Caroline Kepnes’ best-selling novel of the same name. – Rappler.com