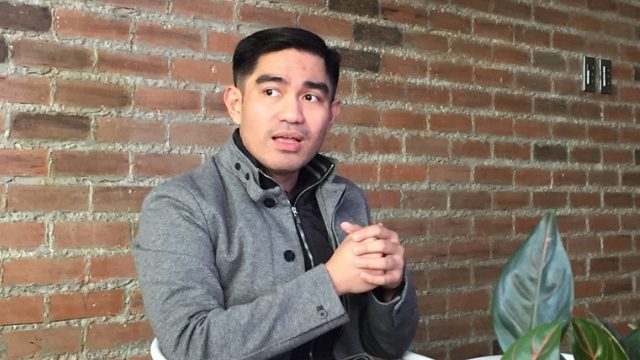 Facebook Twitter Copy URL
Copied
Aquino's lawyers sent letters to 'all broadcast stations,' cautioning them against airing interviews that they believe only broadcast the side of Falcis and his brother Nicko

MANILA, Philippines – Jesus Falcis once again took to social media to call Kris Aquino’s camp out for sending letters to various broadcast stations, “cautioning” them from airing interviews with Jesus and his brother Nicko.

The Falcis brothers are both facing separate cases filed by Kris. Nicko was charged with 44 counts of qualified theft in October 2018, for allegedly misusing the company-issued credit card. Jesus was sued for 9 counts of cyberlibel in November 2018 after releasing posts against Kris in defense of his brother.

Kris’ lawyers at Divina Law told Pep that they sent letters to “all broadcast stations” because their client felt that only the Falcis’ side was being aired.

“We did not accuse any network or broadcast station of bias or being unfair,” they said. “We simply reiterated a legal precept that Libel is not protected speech and that in the spirit of fair reporting—both sides of a story should be aired.”

The letter sent to the stations read: “We understand that Mr. Nicardo M. Falcis II (Nicko) and his brother Atty. Jesus Ricardo Falcis III (Jess) are approaching various television and radio stations trying to arrange for interviews and/or guest appearances on shows with a clear intent of maligning, humiliating, and destroying the reputation of our client through defamatory statements, malicious innuendos, and unfounded accusations.”

“While we recognize your constitutional right to free speech, free expression and press freedom, we reiterate that Libel is not protected speech. Thus we caution you from airing or broadcasting these interviews without verifying the allegations or securing the side/explanation of our client,” it read.

An image showing part of the letter was posted by Jesus on his Facebook page.

In the caption, he said: “Kris Aquino’s attempt, through her lawyers, to intimidate and prevent the media from airing our side is like the last gasp of a delusional queen who is afraid of losing credibility and power because her fake image will be unmasked,” he said.

He then described Kris as “an oligarchic spoiled brat, throwing a tantrum because she can’t get her way,” and said that their responses were made in self defense.

“It’s hypocritical for her and her lawyers to intimidate the media from covering us when she herself invited the media to cover her filing of cases and most recently her delirious press conference with her so-called Justice League,” he said, referring to a Facebook Live video aired by Kris on January 5.

During the video, Kris aired her health concerns, while her lawyers questioned the timing of Nicko’s claims that Kris owes him money and had made grave threats against him.

“Stop bullying the media. Stop bullying our family! You are not a Queen and we will not bend the knee,” Jesus said.

Kris is currently in Singapore to undergo intensive medical testing, after she revealed in the Facebook Live video that she was showing signs of having lupus. – Rappler.com