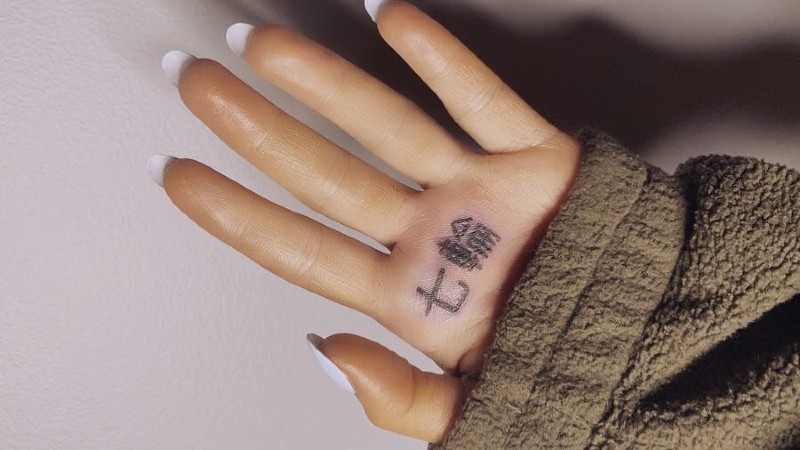 MANILA, Philippines – In what is perhaps a lesson on either sticking to what you know or knowing when to literally phone a friend, singer Ariana Grande got the surprise of her life when she unceremoniously discovered that her new tattoo wasn’t an ode to her newly-released friendship anthem.

Ariana on Wednesday, January 30, posted a photo of her newest ink – the words “7 rings” in Japanese.

But as many users have pointed out, her new tattoo actually reads out as “small charcoal grill.”

Kotaku explains the mistake: “The kanji character 七 means ‘seven,’ while 輪 means ‘hoop,’ ‘circle,’ ‘ring,’ or ‘wheel.’ However, when you put them together, the meaning is different! 七輪 (shichirin) is a ‘small charcoal grill’ and not ‘seven rings,’ which is written differently in Japanese.”

The clear lesson hear? Always consult someone who actually speaks, reads, and writes a language before having it permanently etched onto your skin. Always.

Ariana has since acknowledged the mistake, tweeting she had left out several characters which would have made her tattoo actually spell out “7 rings” in Japanese. She’s since deleted those tweets, however. The original picture of her new ink has also been deleted from her Instagram.

“7 rings,” Ariana’s latest single, is a “flex” and friendship anthem inspired by real events in her life. After her breakup with fiance Pete Davidson, she bought seven Tiffany & Co. rings to wear with women close to her life, according to Elle. – Rappler.com