Agsunta ‘signs off’ after 4 years 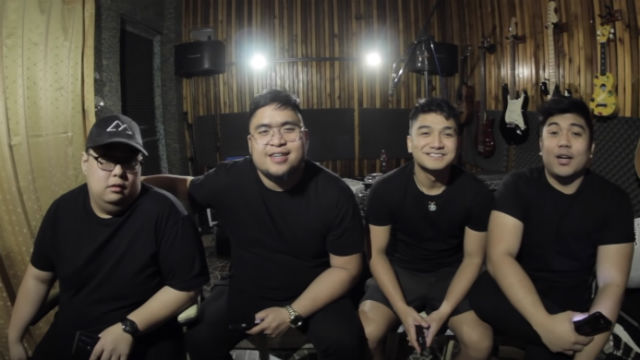 MANILA, Philippines – The group Agsunta, who rose to fame online for their covers of popular songs songs announced they were “signing off” after 4 years in the music scene.

In a YouTube video posted on Tuesday, January 29, the group, composed of Jireh Singson, Mikel Arevalo, Josh Planas, and Stephen Arevalo first apologized for not posting anything in the last two months due to their busy schedules.

After much discussion, they made the decision to stop making music for the time being.

(It’s painful for us but we need to stop this first. It’s us first. It was 4 years of solid OPM, years we’ve been together and how you made us 4 feel the love, and our love for OPM).

The group did not give a specific reason for the goodbye, but they took the opportunity to thank each other and the fans.

(There would be no Agsunta if none of you watch or listen to us.)

Aside from OPM cover songs, the group, which signed with Star Records in 2017, is also known for their originals “Di Ba Halata,” and “Patawad Na,” which were released as part of the group’s self-titled album in 2018. – Rappler.com