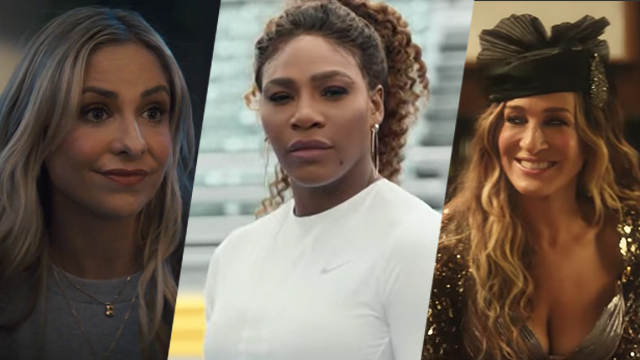 WASHINGTON DC, USA – Super Bowl ads this year aim increasingly at women, with more messages of female empowerment, as marketers seek to navigate a polarized political environment for the biggest US sporting event.

With women making up a large segment of the viewing audience, advertisers are giving them a greater voice and offering messages about women controlling their own destiny, according to previews released ahead of Sunday’s Super Bowl LIII between the Los Angeles Rams and New England Patriots.

“We will see advertisers run messages that skew toward women, but they will be very careful not to offend men along the way,” said Timothy Calkins, a Northwestern University marketing professor who researches Super Bowl advertising.

Calkins said, however, that racy sexual ads are unlikely in the #MeToo era that has put a spotlight on harassment of women.

“I think advertisers are going to be very afraid to run anything remotely suggestive,” he said.

One of the female empowerment ads will feature tennis star Serena Williams for the online dating site Bumble, where she speaks about how women can “make the first move” and take control of their lives.

Sex and the City star Sarah Jessica Parker appears in one message where she shocks restaurant staff by ordering Stella Artois and interacts with Jeff Bridges reprising his Big Lebowski role.

Actress Zoe Kravitz is in an ad pitching another beer, Michelob Ultra, in a message evoking mindfulness.

A Toyota ad features female football player Antoinette “Toni” Harris, who wants to be the first woman in the NFL.

It is logical to appeal to women who make up roughly half of the Super Bowl viewing audience, analysts say.

The Super Bowl remains one of the top marketing events of the year with 30-second spots costing some $5 million to reach the estimated 100 million US viewers, an outlier in a media environment that has become increasingly fragmented into targeted segments.

Bettina Cornwell, a professor and director of sports marketing at the University of Oregon, said the latest Super Bowl ads are part of a broader trend where brands are promoting their social values.

“Brands are beginning to use that stage to communicate their values, and that includes empowerment, environment-friendly behavior and societal support,” Cornwell said.

Cornwell said marketers are looking to reach the female viewers and are also aware of the societal and cultural forces at play.

“When brands decide to put their money into an advertising event as expensive as the Super Bowl, they want high connectivity and that comes with being relevant to the times.”

But advertisers are likely to stop short of the approach taken in the controversial Gillette “toxic masculinity” ads which sparked calls for boycotts.

“We’ll see advertisers talking about women’s empowerment, but not in a  polarizing way,” Calkins said.

According to a survey by the research firm 3Gem, some 77% of viewers say politically charged ads for the Super Bowl are not compelling, while 60 percent said a funny ad made them more likely to buy a product.

Pace University marketing professor Larry Chiagouris said it may be bad strategy to advertise female empowerment rather than doing something about it.

“Brands would be wise to practice what they preach and put more women in C-suite offices or make better products for women rather than talking about it in a commercial,” Chiagouris said.

“Why is a brand of toothpaste an arbiter of social values? What brand doesn’t stand for empowerment?”

Chiagouris said he believes brands will eventually move away from social and cultural messages and find other creative ways to stand out.

“I suspect there will be some backlash to these ads and we will see a turn back to the entertainment value of the messages we had in past years,” he said. –  Rappler.com