Pops Fernandez greets ex-husband Martin Nievera on birthday: There is only one you

Feb 6, 2019 6:00 AM PHT
Rappler.com
Facebook Twitter Copy URL
Copied
'The stage is your world and music is your being' 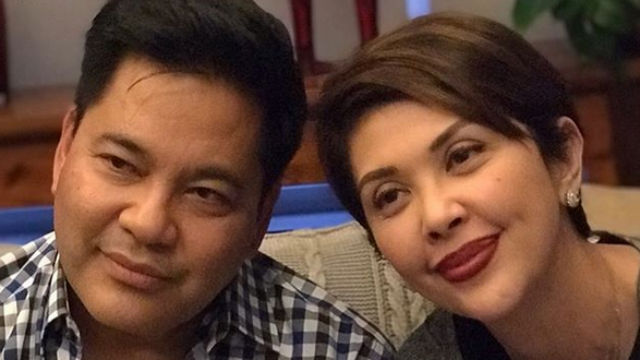 MANILA, Philippines – They may no longer be together, but Pops Fernandez still counts former husband Martin Nievera as one of her special friends. On Tuesday, February 5, Pops took to Instagram to greet the Concert King on his birthday.

In her post, Pops said she wasn’t going to write anything for him but decided otherwise.

“You are such a generous giver and yet sometimes you forget to give to yourself. You always give more than 100 percent when you perform, and you are never selfish with your artistry,” she said of her ex-husband.

“If the people only knew how much heart and soul you give in every performance. That no performance is ever too small nor too big. You are meant to be on stage. That is your way of touching everyone’s heart.”

“The stage is your world and music is your being. I wish ASAP can give you a statue cos not only did u think of its name, not only is it on the day of your birthday… you really are truly the only ORIGINAL host that remained. Stay happy and do not forget all the wonderful blessings around you…. thank you for being busy at the ‘right time.’ Sana next year uli mas busy ka (private joke na po) happiest bday [Martin Nievera] There is only ONE YOU.”

She also greeted Martin’s sister Vicki saying: “Happy birthday [Vicki Nievera] there is also only one you… oh but you’re twins…. so… that makes two of you in one??? Kaya nga twins hehehe ang corny ko.(That’s why you’re twins. I’m so corny.)

Martin and Pops, whose marriage was annulled in 2000, have two sons – Robin and Ram.

Pops, who has been busy with event production, is also part of the show The World’s Best, where she is one of the international judges.

Martin, meanwhile, is set to perform with Lani Misalucha in a Valentine’s Day Concert. – Rappler.com