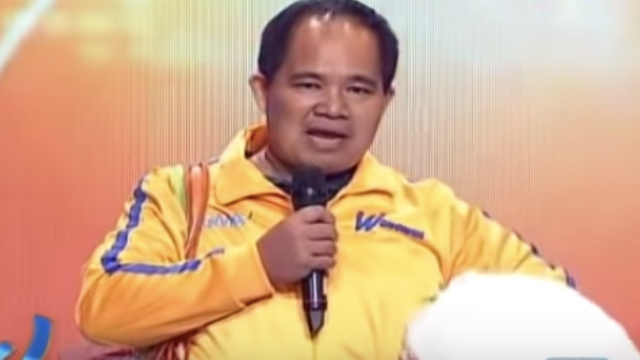 MANILA, Philippines – Comedian Bentong, who appeared in various movies including Oo na…Mahal na kung mahal and Jologs, died  on Saturday, February 9. at the age of 55.

Arvin Vincent Anierdes posted about his father-in-law’s passing on Facebook, saying that he died on Saturday at around 5 am in Fairview General Hospital.

(Rest in Peace Papa Bentong, I never thought this would be the last time we would be together. I know you’re with God now so I feel better.)

Bentong, whose real name was Domingo Vusotros Brotamante Jr, started out behind the scenes as an assistant at ABS-CBN. He then became known as Willie Revillame’s sidekick, after he was spotted by the then-Wowowee host while preparing coffee on set.

He then went on to appear in films such as Oo na, Mahal na kung mahal, Baliktaran: Si Ace at si Daisy, Jologs, and Shake Rattle & Roll XV. He also appeared in the TV series Luv U.

On Wowowin in 2016, Bentong spoke about being sick with diabetes, but working hard to send his 4 children to college.

Bentong is survived by his wife Cecil Bernal and their children. – Rappler.com