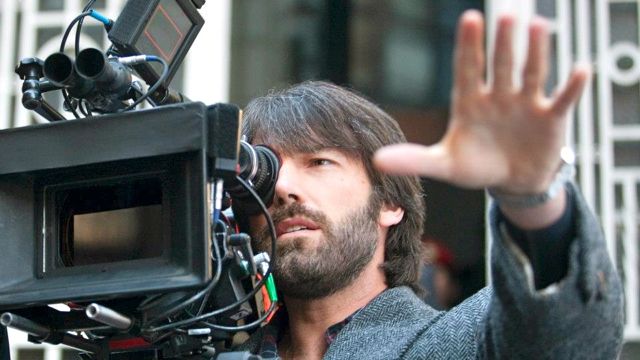 Francis Quina: Let me vent for a few moments about the fact that two directors who should have been, at the very least, nominated for an award, were snubbed. I talk, of course of Ben Affleck (“Argo”) and Kathryn Bigelow (“Zero Dark Thirty”).

Whatever your feelings about Affleck as an actor or of Bigelow’s portrayal of torture in her movie, there’s no denying that these two directors put out the best movies of the year (Affleck has been sweeping directing awards everywhere else).

That said, I think we’re looking at a Spielberg win this year for “Lincoln.” Unless Oscar voters choose the dark horse in this race and finally recognize David O. Russell’s brilliance (which I think is long overdue anyway) and reward him for “Silver Linings Playbook.”

In fact, the only Best Director win I would question would be Ang Lee’s for “Life of Pi,” because that movie shouldn’t be on any “best of” list to begin with.

Carljoe Javier: Agreeing with Francis. My best directors aren’t on the list of nominees. Affleck was robbed. Whatever American values or hegemony or other ways you can read into “Argo” to knock it, as a film and in its execution as a popular thriller it was a masterwork, and he deserves the award. The Oscar snub is an insult.

Bigelow’s work is probably the most technically impressive of the movies getting attention. And once again I have to show some love for Tarantino and wonder why he didn’t get the nomination.

Since my picks didn’t make the list, I’ll go with Spielberg. The deft yet subtle hand that he applies to “Lincoln” is the kind of thing that voters might go for. While this is much less flashy or stylized than almost all of his work, the simplicity of the directing work makes for a sharper focus on the story.

As such, “Lincoln” shows Spielberg working not as visual stylist but as master storyteller. – Rappler.com

(Who do YOU think will win the Best Director award? Tell us by posting your comment below. Remember to read Rappler’s community and site use rules.)