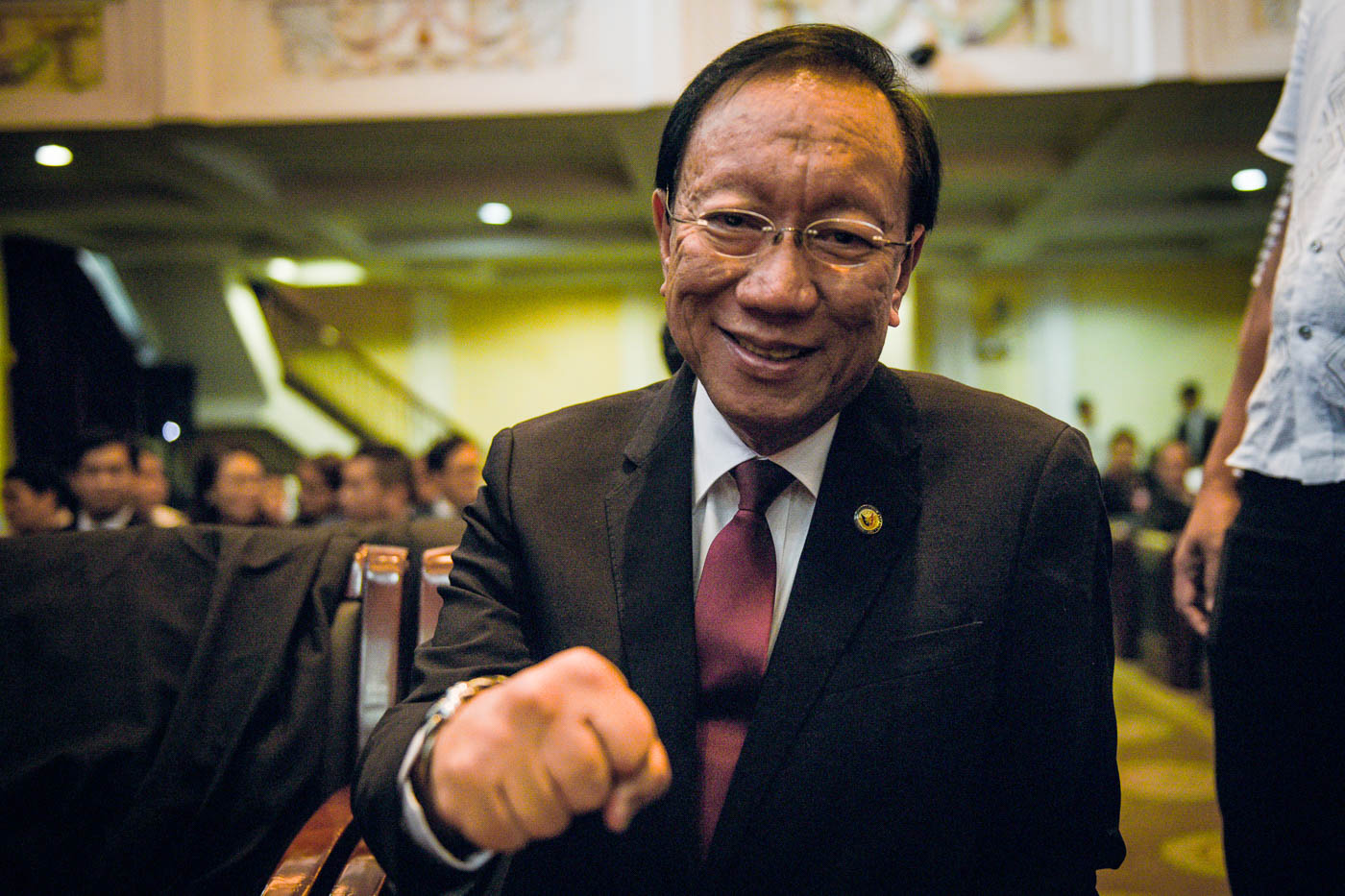 MANILA, Philippines – Solicitor General Jose Calida is trying to block the release of the thousands of documents related to the killings in the war on drugs, saying that they contain “very sensitive information with law enforcement and national security implications.”

After earnest resistance by Calida, the Supreme Court compelled the government in April 2018 to turn over to the Court thousands of documents related to the 20,322 killings by both vigilantes and policemen related to the war on drugs.

“Requiring the respondents to produce the alleged documents would amount to a premature and virtual grant of the relief prayed for by petitioners. By requiring the production, this Honorable Court has, in effect, issued the writ of Amparo. Worse, the Court would be allowing what the rules on Amparo seek to obviate, that is, a fishing expedition,” Calida said in a September 4, 2018 Motion for Partial Reconsideration obtained by Rappler only on Thursday, February 21.

Calida added: “The respondents respectfully submit that the documents which contain very sensitive information with law enforcement and national security implications need not be furnished to Atty Diokno.”

“We have not discussed the matter of release, maybe when the time comes when we have made a decision, I will be in a position to announce,” Chief Justice Lucas Bersamin said on Thursday.

Rappler’s court source said the issue may be tackled by the en banc before the end of February.

In the pleadings seen by Rappler, it turns out that Diokno’s FLAG sent a letter to the Supreme Court in July 2018 expressly requesting to be furnished copies of the documents. It was granted by the Court in August.

The copies were not given to FLAG, and by September, Calida had filed a motion for partial reconsideration.

Also in September, CenterLaw filed a motion asking that they also be furnished copies.

“Petitioners not only hope that they be accorded what has already been granted to (FLAG), but that, like the ordinary Filipinos, the constitutionally enshrined right to information on matters of public concern be upheld,” CenterLaw said.

CenterLaw also cited the Supreme Court in its own resolution, where it said: “By what other means can ordinary citizens get information about their relative who were killed during anti-drug operations of the police?”

CenterLaw said that failure to furnish them copies will amount to an administrative offense.

The meat of the petitions is the request to declare the war on drugs unconstitutional. In an initial resolution where the Supreme Court compelled the submission of the documents, the en banc said that the high number of killings “may lead to the inference that these are state-sponsored killings.”

The Supreme Court also said that at the very least, the government must prove that it has documented all killings, especially those in legitimate police drug operations.

Of the 20,000 or more cases of killings, the government recognized that 5,000 are results of police operations. The government is not investigating the 5,000 due to the presumption of regularity.

Excluding numbers from Manila, Quezon City, and Taguig prosecutors, all in all, the government has prosecuted only 76 cases, meaning it has let thousands go unsolved.

The International Criminal Court (ICC) is examining whether these killings amount to crimes against humanity. – Rappler.com