Feb 24, 2019 10:59 AM PHT
Agence France-Presse
Facebook Twitter Copy URL
Copied
The actress earns a Razzie for her roles in 'The Happytime Murders,' and 'Life of the Party' 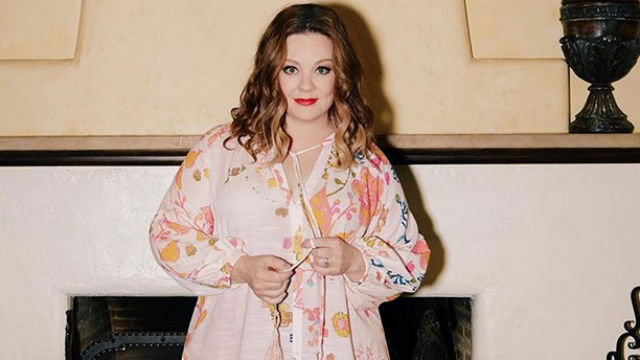 LOS ANGELES, USA – Actress and comedian Melissa McCarthy might hope there’s truth in the saying that “all publicity is good publicity” now that she has won “Razzie” awards as worst actress for not one but two movies.

The Golden Raspberry Awards, or Razzies – given out annually on the eve of the more sought-after Academy Awards to “celebrate” the worst in cinema – also found easy targets in comedy Holmes & Watson and potboiler Fifty Shades Freed.

McCarthy, one of Hollywood’s most popular comic actresses, was cited for her roles in both The Happytime Murders (critic Jess Fenton said he was “underwhelmed; my sides were left unsplit”) and Life of the Party (trashed by critic Leigh Monson as “100 minutes of self-indulgence and tedium”).

But the Razzies, which claim to be a constructive exercise in “cathartic mockery,” also granted McCarthy a Redeemer Award for her Oscar-nominated and widely praised performance as a curmudgeonly forger in Can You Ever Forgive Me?

Critic Joe Morgenstern said she played the part “with unerring wit and ferocious verve.” So there’s that.

The Razzies’ crosshairs were squarely on Holmes & Watson.

It nabbed not only the Worst Picture award but also a Worst Supporting Actor prize for John C. Reilly, a Worst Actor nomination for Will Ferrell, a Worst Screen Combo for the two of them (for “trashing two of literature’s most beloved characters”), a Worst Director award for Etan Cohen, and a Worst Remake, Ripoff or Sequel prize for the film.

Critics had been unsparing of the film – a money-loser so far. A New York Times’ critic suggested “smuggling in booze to dispel the sense of dull routine.”

US President Donald Trump was a big Razzie winner – enough so that he might almost be tired of winning.

He was named Worst Actor for appearances as himself in documentaries Death of a Nation and Fahrenheit 11/9 (the latter movie, from director Michael Moore, also netted a Worst Supporting Actress award for his adviser Kellyanne Conway).

And the Worst Screen Combo award went to “Donald J. Trump and his self-perpetuating pettiness” for the same two films.

The Razzies were first awarded in 1981 in a Los Angeles living room, the brainchild of UCLA film graduates and industry veterans who chose the raspberry – a symbol of derision – to “honor” the worst in Hollywood movies. – Rappler.com