Meet the judges of ‘Idol Philippines’ 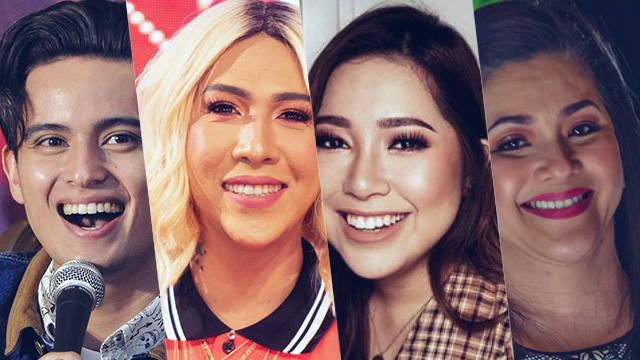 “More than being a judge, I want to be a mentor. So I want to be honest because I want them to improve. So that’s my motto,” Regine said during the interview that aired on Tuesday, February 26.

She also admitted the show will be tough because rejecting a contestant can be tough and might ruin a person’s dream.

Meanwhile, Vice asked if the show really wants him to be a judge despite his past experiences as a judge in other talent shows. He eventually accepted the offer, adding that he will support the other judges.

“As a person coming from a singing contest also, I can empathize,” she said.

James, for his part, said he’s honored to be part of the show and is looking forward to signing a potential talent to his recording company.

Idol Philippines is based on the Idol franchise created by Simon Fuller. This will be the third adaptation of the show, after Philippine Idol in 2006 and Pinoy Idol in 2008.

Idol Philippines will be hosted by Billy Crawford. – Rappler.com