Kris Aquino hits Phillip Salvador over ‘naloko’ skit: ‘I made the mistake of loving you’ 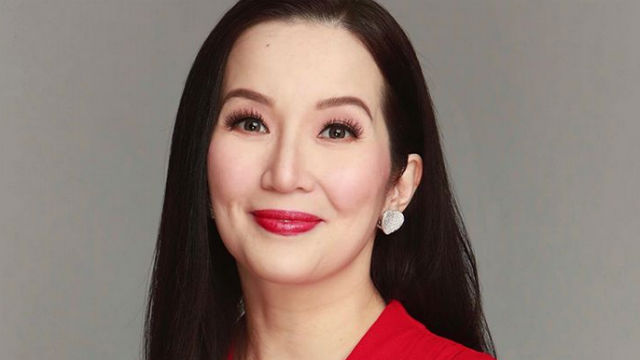 MANILA, Philippines – After hitting a senatorial candidate for namedropping her in skits during his campaign sorties, media mogul Kris Aquino redirected her aim towards former flame Phillip Salvador, the father of her eldest son.

Speaking via Facebook Live on Wednesday evening, February 27, Kris hit her former boyfriend for being part of the skit in the first place.

(You’re Josh’s father. My mistake is I let you off easily. I even praised you. I even compared you to Bimb’s father, and I said that at least you didn’t bother us.)

Kris had said on Instagram that she was hurt by the skits done by Phillip and senatorial candidate Bong Go during campaign sorties. When it was Bong’s turn to campaign, he’d joke around with Philip and say that the actor is an “adopted father of Davao City” because he left behind 4 children in the city.

The former Duterte aide would then quip that Philip, an action star in his heyday, even managed to “fool” Kris (“Naloko mo nga si Kris Aquino“).

The skit has been a regular at campaign sorties, where candidates typically pitch their legislative and policy plans to voters. The senatorial bet has since apologized to Kris for the joke, saying that they just wanted to make people happy.

“If I’m just part of a skit or part of a joke or part of a way to entertain people, what kind of a country is this?” Kris said on Wednesday.

Kris assured her viewers that she won’t use the issue to her political advantage. She said as much to Go himself.

“I hope you remember that in the midst of your campaign, there’s a 23-year-old boy who is special, who is autistic, who watches you, and I’m directing this message to Phillip Salvador,” she said, pointing out that Josh is a person who “does not see bad in the world.”

(And then you turn it into a joke? You make a punchline out of ‘Kris Aquino was fooled’? I’ve been quiet for so long because I thought you were a good man…. But this is wrong. It’s already wrong that you forgot about Josh. But that’s not a big deal because I’ve done a good job raising him. But it’s also wrong that you make a joke out of my son.)