Nadine Lustre living in with James Reid? ‘Why are you asking that?’ 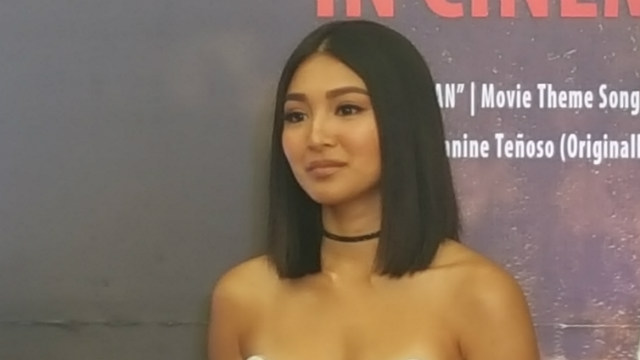 MANILA, Philippines – Questions that are too personal – even if you’re a top celebrity – can be a little too much. Just ask Nadine Lustre.

The young star, one half of the popular love team JaDine, deftly avoided giving a concrete answer when, during promos for the movie Ulan, she was asked if she was ready to live together with her on-screen and real-life partner James Reid.

“Bakit mo ba tinatanong yan (Why are you even asking that?)” a laughing Nadine, who stars in the upcoming movie Ulan, answered when she was asked by media.

“My God, kayo na pong bahala diyan sumagot (it’s up to you to answer that),” she told reporters, after she laughed over the question. Nadine and James have been together for 3 years. They first shot to game in 2015 thanks to the hit TV series On the Wings of Love.

Strangely enough, it’s not the first time Nadine has had to answer questions about her living situation. Back in 2017, she was also asked to confirm or deny rumors that she was already living with James. Her response let to a rather popular meme: “I mean, if that was true, so what? Hindi ba? It’s not new anymore… It’s normal na eh. Come on, guys, it’s 2017!”

Nadine, who is 25-years-old, also told media that she’s not thinking about marriage just yet.

“I have friends who are already married. They tell me it’s different, walking down the aisle in a wedding gown. So I would want to feel that also, but I don’t wanna rush things,” she said in a mix of English and Filipino.

Nadine is currently promoting Ulan, her first film without James as her leading man. She stars alongside Carlo Aquino and Marco Gumabao in the film directed by Irene Villamor.

The movie opens on March 13 in cinemas. – Rappler.com