Mar 7, 2019 9:01 AM PHT
Agence France-Presse
Facebook Twitter Copy URL
Copied
He says he plans to 'beat the low survival rates for this illness' and keep working on the long-running game show 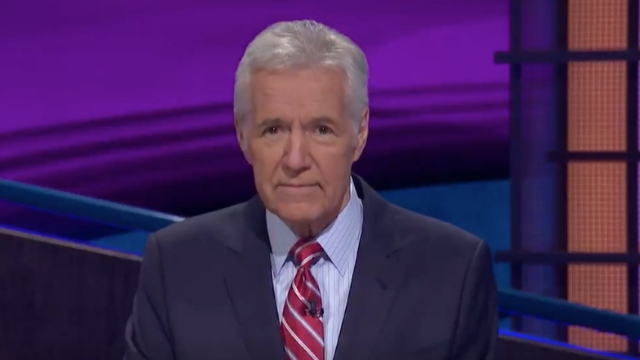 The Canadian said he planned to “beat the low survival rates for this illness” and keep working on NBC’s long-running syndicated TV show.

“This week I was diagnosed with stage 4 pancreatic cancer,” Trebek said in a video shared on the show’s Twitter account.

“Truth be told, I have to (keep working) – because under the terms of my contract, I have to host Jeopardy! for 3 more years!”

Jeopardy!, a Daytime Emmy Award-winning trivia game in which contestants win money based on the difficulty of questions, first aired in 1964 and remains a daily primetime fixture in the US.

The show’s distinctive style sees Trebek give the answer to a general knowledge question, to which players respond what the question would be in the format “What is … ?”

Trebek, who is known for his signature gray hair and measured demeanor, has been hosting game shows for more than 4 decades and has spent 35 years on Jeopardy!.

He asked fans to keep him in their prayers.

He said his decision to share the news was “in keeping with my long-time policy of being open and transparent with our Jeopardy! fan base.”

According to the American Cancer Society, more than 56,000 people will be diagnosed with pancreatic cancer in the US this year, and over 45,000 will die of the disease.

The organization estimates people who have stage 4 pancreatic cancer have a 3 percent 5-year survival rate. – Rappler.com