Jessy Mendiola talks about struggle with weight and bulimia 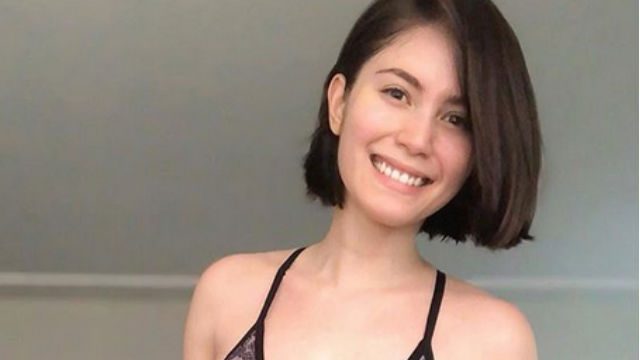 Facebook Twitter Copy URL
Copied
'I am far from perfect but this is who I am and this is how I love myself,' Jessy

MANILA, Philippines – Even if Jessy Mendiola is considered among the country’s sexiest by a magazine, through the years, the actress has been criticized and bashed for her looks, with some criticizing her for gaining weight.

Last December, Jessy admitted that she had thought about leaving showbiz after going through bouts of depression.

In an Instagram post on Tuesday, March 5, the actress opened up about struggling with weight gain and weight loss through a series of photos. She also confirmed that she once suffered from bulimia.

Bulimia or bulimia nervosa is defined as “an eating disorder usually characterized by periods of binging—or excessive overeating—followed by some kind of compensatory behavior.”

“I only started taking my health seriously some time last year. It’s so hard to be in tip-top shape especially when a lot of people try to put you down and tell you how you’re supposed to look. Sometimes you’re too thin, sometimes too fat. I used to hate my thighs and arms. I would always kill myself at the gym just to achieve unrealistic body goals and starve myself just to reach my weight goal, 100lbs (2nd pic, 110lbs).” “I was depressed and heartbroken at that time (2013) and I gained 25 lbs (3rd pic). I still kept pushing myself to work out every day. I suffered from Bulimia and B.E.D (Binge Eating Disorder), desperate to lose weight in a short period of time – from 135lbs I went down to 103lbs (4th pic).” Jessy said while she shed the pounds, she still felt unhappy. This went on until 2016. On top of the weight issues, she was getting non-stop criticism over her personal life.

“I was usually weak and ‘lutang’ because I didn’t have enough nutrients in my body. This kept going until 2016 when I suddenly gained all the weight back and eventually hit my heaviest weight, 140lbs. Because of all the hate online, the struggle with myself kept going until 2017 (5th pic).” It was then that Jessy approached nutritionist Nadine Tengco and trainer Kat Geronimo-Garcia to figure out the right exercise and proper diet to slim down. Her boyfriend, TV host Luis Manzano, also encouraged her to get healthier and stronger.

“He made me feel better every time I felt so insecure about myself and he helped me recover from my depression and made me feel loved every single day,” she said.

Jessy ended her post by saying that she is far from being perfect but that she’s now embracing what she has. She said she plans to film a fitness journey video.

“I love myself enough to eat what I want to make myself feel good. I love myself enough to move everyday because I want to live my life as best as possible. I know it’s hard sometimes but you just gotta stand back up and try again. To whoever is reading this, accept yourself and work hard to be the best version of yourself. You do YOU.” – Rappler.com