Mar 20, 2019 2:08 PM PHT
Rappler.com
Facebook Twitter Copy URL
Copied
The Mangyans, an indigenous group living on the island of Mindoro, see the fruits of their labor with the help of Zero Extreme Poverty 2030 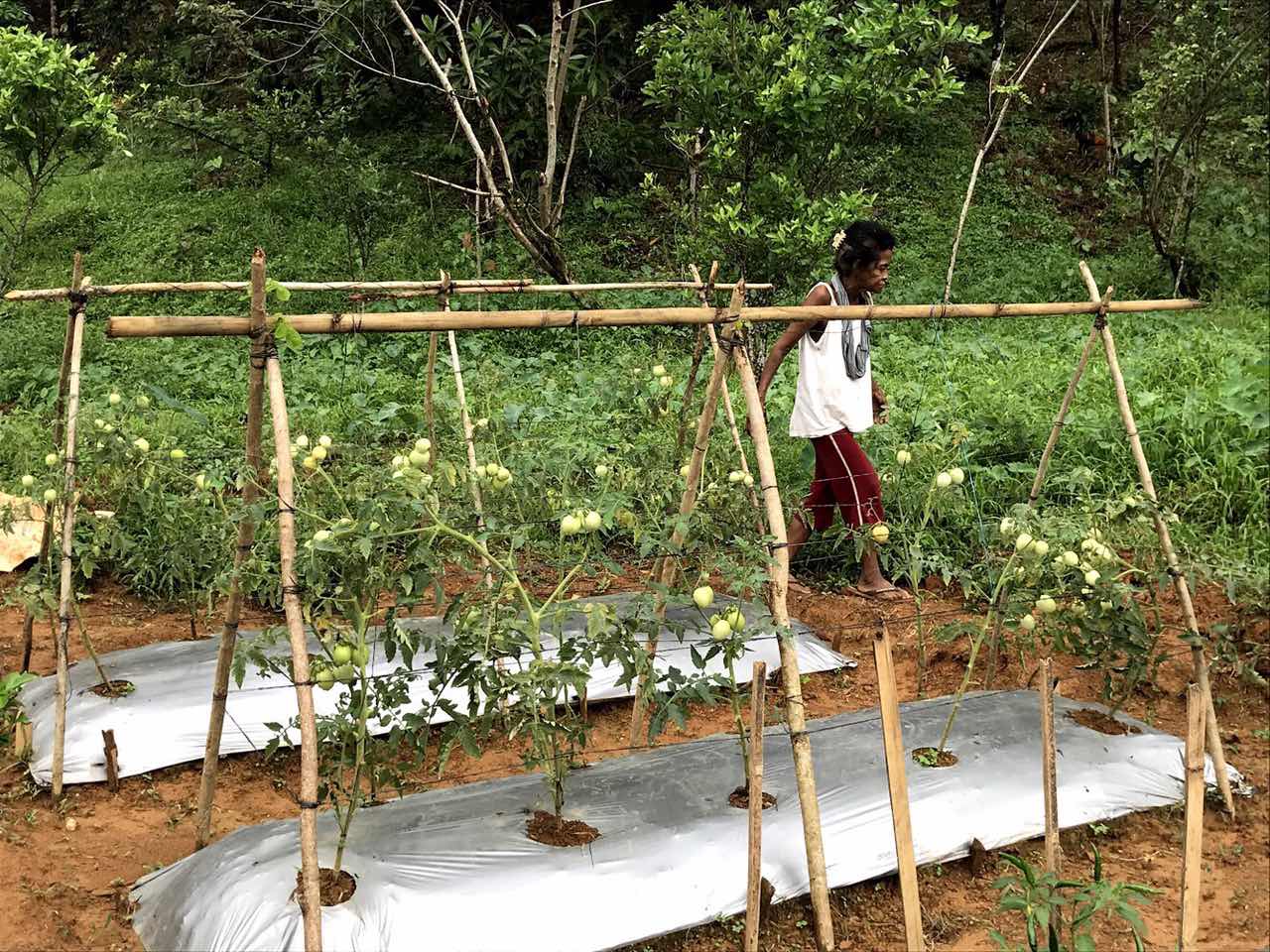 This is a feature from Zero Extreme Poverty 2030, a collective movement of civil society organizations that are working together on poverty alleviation programs nationwide.

The Mangyans, an indigenous group living on the island of Mindoro, are known for their peaceful and welcoming nature. Unfortunately, behind this placid demeanor, Mangyans have struggled to feed their families, secure their livelihood, and claim their ancestral domain.

Zero Extreme Poverty 2030 (ZEP 2030), a coalition of non-government entities that aims to reduce extreme poverty in the Philippines by 2030, has its eyes set on the Mangyans, recognizing that Indigenous People (IP) are among the most impoverished in the country.

In partnership with local government and civil society organizations, ZEP 2030 has worked with the Mangyan community to identify their pressing needs and work on building the sustainability of their food source.

Corazon Maribunay, a mother of 4, describes the daily task of bringing food to the table.

(It’s difficult to live up in the mountains, we’re unsure where we can source our food especially when there is a typhoon or flood in our area. If we get to harvest sweet potatoes or corn, we would have food, but it’s usually insufficient to tide us through the next harvest.)

Armed with this knowledge, ZEP worked with the local community to undertake interventions and programs to address the issue of food scarcity.

According to SANAMA, previous efforts to help their community farm their land have been unsuccessful primarily due to the absence of technology and knowledge transfer to the Mangyans. Although coffee, cacao, and calamansi naturally grows in Naujan, the Mangyans do not have the expertise and equipment to process and prepare these crops for the market. 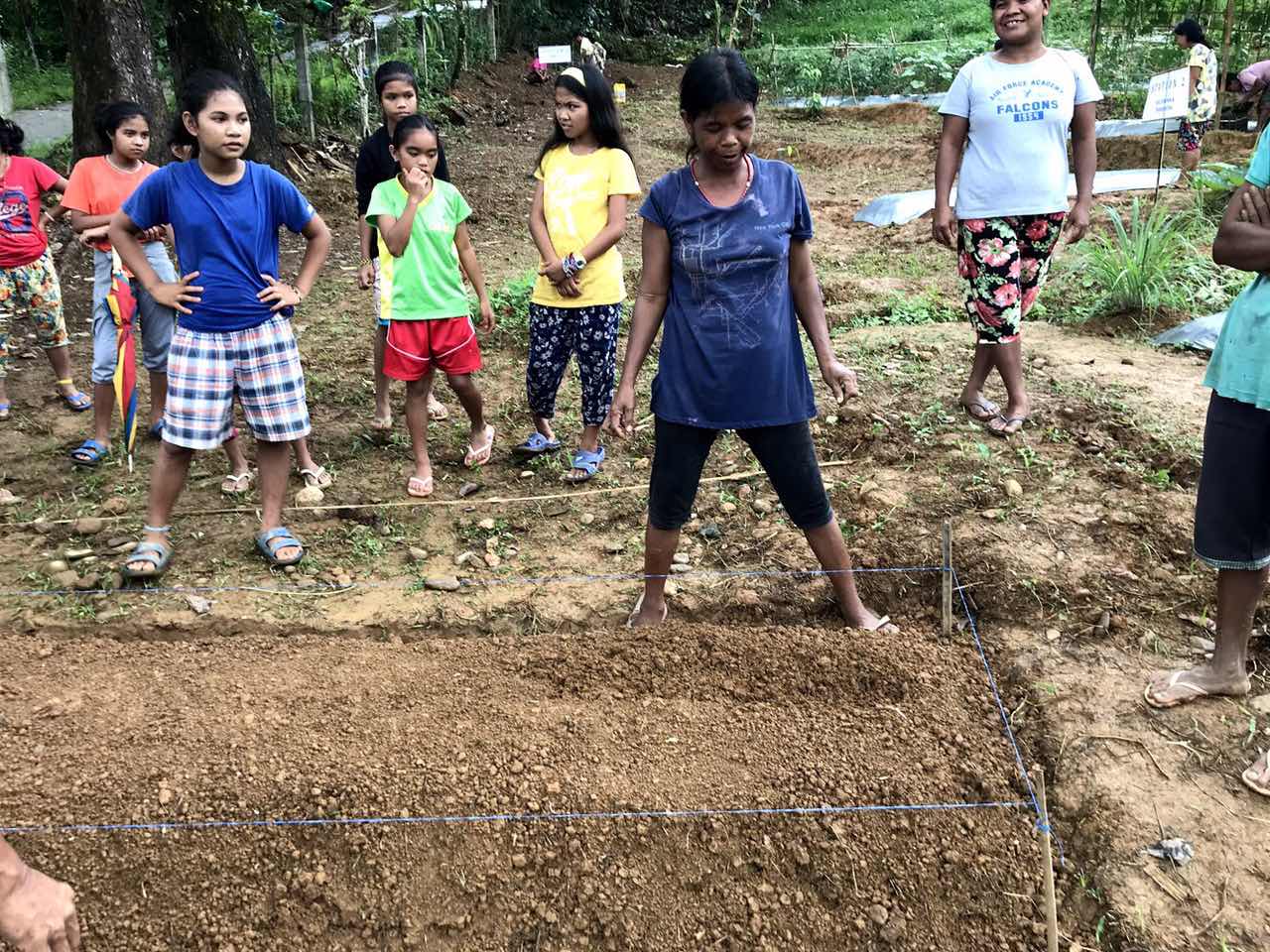 With the help of EastWest Seeds Inc., the mothers were educated and given hands-on training on natural farming technology. The mothers learned to use farming tools, raise seedlings, and apply natural pesticides and fertilizers. They also acquired an understanding and appreciation for organic farming as a means to care for the land they cultivate.

“We surveyed the community and consulted the mothers as to the kinds of vegetables and fruits they usually ate at home. Upon assessment of their area, we identified crops they could easily grow and augment their family’s source of food,” said Benjamin Abadiano, Lead Convenor of ZEP 2030.

“Helping them plant the food they eat addresses the community’s need for food security and nutrition, and eventually, helps build their livelihood potential. It was enough push for the participants to finish and accomplish the six-month training,” he added.

As part of the training program, ZEP 2030 helped the community build greenhouses, vermicomposting areas, dryers, and processing centers at the Tugdaan Mangyan Center for Learning and Development. Tugdaan is a Mangyan-Alangan word for “seedbed,” emphasizing the commitment of the center to anchor the development of the Mangyan community on their life and culture. The school is also supported by ZEP 2030. At the center, the community has successfully grown crops to feed their families or sell in the market.

Mangyans turn their lives around

Literally seeing the fruits of their labor has boosted the confidence of the mothers and has given them the assurance that as long as they work hard, they would be able to turn their lives around. They have since sought to impart the same knowledge to the other members of their community, and eventually, prosper together.

(At first, we didn’t understand how the training would help us. We thought the new farming techniques would only add to our expenses. But when we saw that our crops were growing fast, we were impressed and worked really hard. We saw that common vegetation found in our backyard could be turned into fertilizers or pesticides. Our harvest was abundant. We found a stable source of food. We could also sell the produce in the market.)

The bountiful harvest of the participating mothers was showcased at the 2018 Harvest Festival held last November at the Tugdaan Mangyan Center. In the event, participants demonstrated their newly acquired skills, including how to plot and prepare the land for planting, and how to make natural fertilizers and pesticides, to visiting stakeholders, local government representatives, and potential partners. 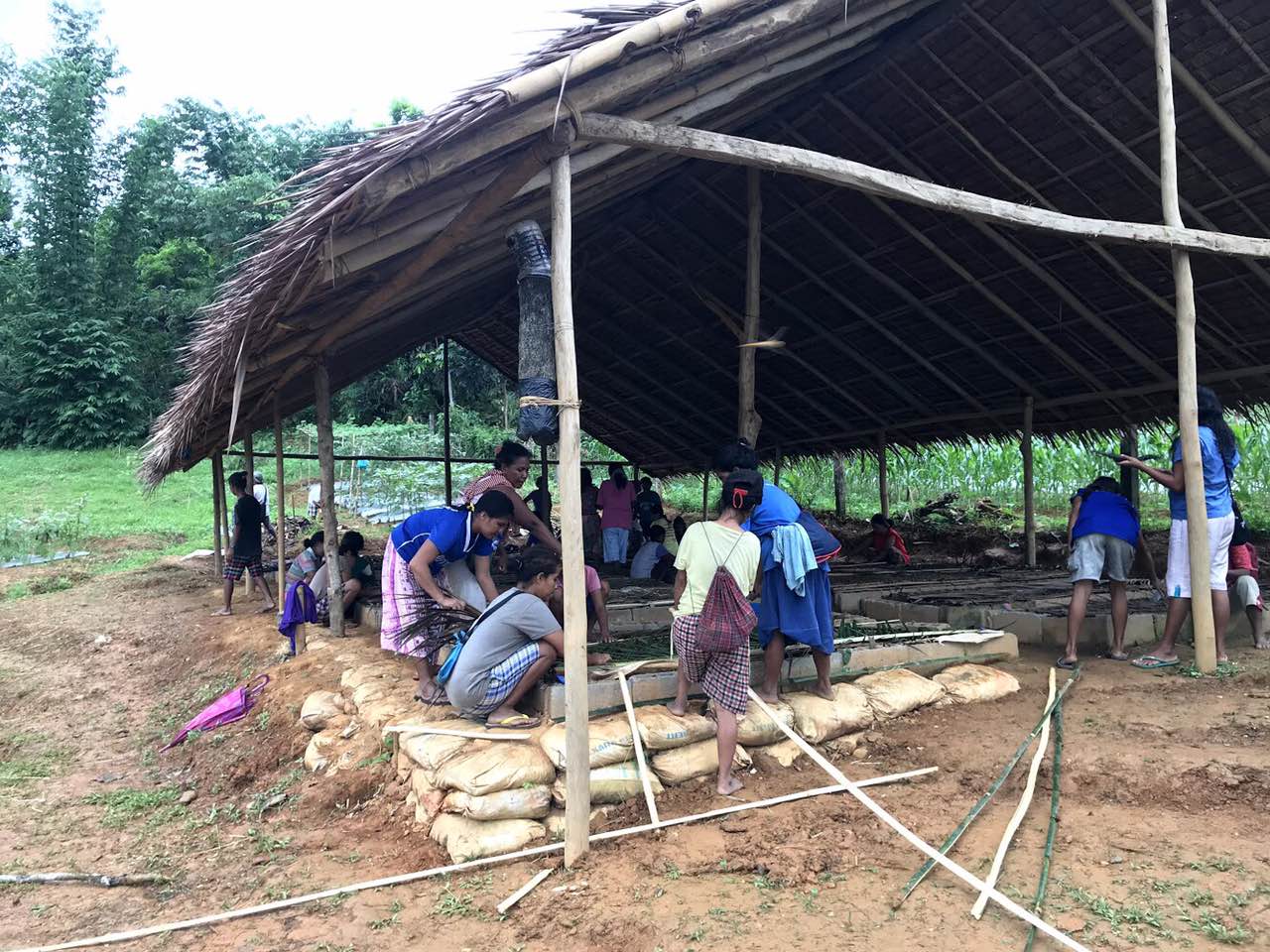 The mothers are grateful to ZEP 2030 and EastWest Seeds for giving them the training and guidance, ensuring their road to self-sufficiency.

(With the guidance we received, we can now cultivate our land. Other members of our community have seen that what we undertook was not difficult after all. Now, we ourselves can spread the learning within the community. Now, we have the confidence of being able to support our families.)

“Our coalition is dedicated to helping communities become self-sufficient. The different experts from our member organizations lend their knowledge to offer long-term solutions to challenges faced by impoverished communities across the country,” said Abadiano.

ZEP 2030 is looking for more member organizations and partners to join its mission of helping one million Filipino families break free of extreme poverty nationwide. To know more or join ZEP, please visit the website. – Rappler.com