Mar 28, 2019 10:50 AM PHT
Rappler.com
Facebook Twitter Copy URL
Copied
'Is There Still Sex in The City?' – author Candice Bushnell answers this question in her new novel, which is also being made into a series of the same name 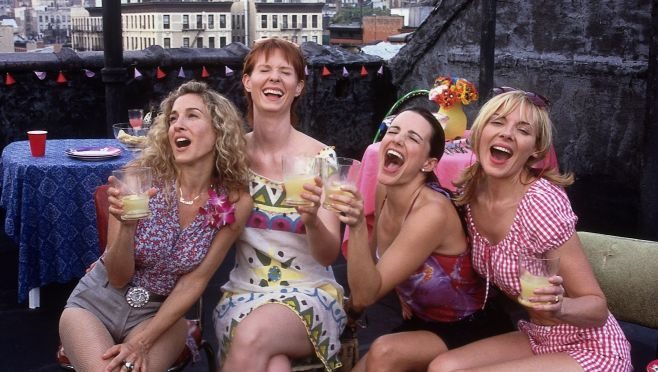 MANILA, Philippines – Sex and the City author Candice Bushnell will be releasing a follow-up to her hit book. Is There Still Sex in the City? is set for an August 6, 2019 release.

But that’s not all – Bushnell’s follow-up novel to the first Sex and the City hit has been picked up by Paramount Television and Anonymous Content and is now slated for a television series adaptation. Bushnell herself will be both executive producing and writing the pilot script.

The plot will reportedly still follow the lives of women in New York City as they clumsily traverse the topsy-turvy world of friendships, dating, sex, marriage, family, and relationships – but this time, as “older” women in their 50’s and 60’s.

“The original Sex and the City book and series served as a groundbreaking touchstone for an entire generation of women, myself included,” Nicole Clemens, president of Paramount TV, told Deadline in an interview.

“We’re thrilled to be able to continue that conversation from the underrepresented point of view of women in their 50s and answer the question with, ‘Yes! There is more sex in the city!'”

Bushnell also shares that the motive behind her newest book was to prove wrong the stereotype that older women “weren’t meant to do much of anything but get older and a bit heavier.”

“They weren’t expected to exercise, start new business ventures, move to a different state, have casual sex with strangers, and start all over again,” Bushnell said.

“But this is exactly what the lives of a lot of older women look like today and I’m thrilled to be reflecting the rich, complexity of their reality on the page and now on the screen.”

The production timeline, cast, or release date for the series has yet to be confirmed.