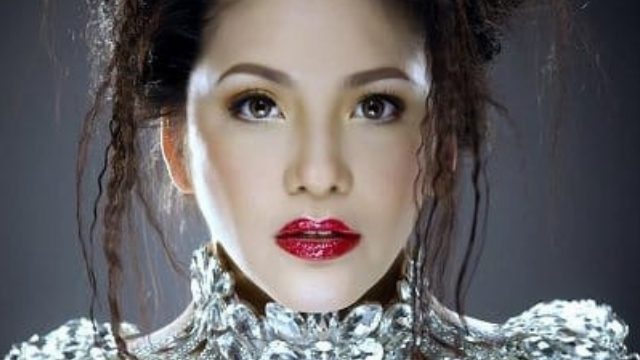 MANILA, Philippines – Asia’s Songbird has given notice to the country’s top diplomat that she would not be just a passive observer as far as matters involving Philippine territory are concerned.

“Ang akala ko pa naman matalino ka (All this time I thought you were smart),” Regine tweeted, in response to Locsin’s earlier tweet.

“Ako ay simpleng tao lamang na may simpleng pag-iisip. These people are invading our territory. They are not just taking food [sinisira] nila ang ating karagatan (I’m a simple person with a simple way of thinking. These people are invading our territory. They’re not just taking our food, they’re destroying our seas)!!!!” she added.

Regine was reacting to Locsin’s tweet which he had made in response to the Philippine government’s actions on Chinese fishermen’s illegal harvest of endangered giant clams in Scarborough Shoal in the West Philippine Sea.

“I am not going down in history as a clam defender, okay? It’s a complaint; we’re looking into it; but these are just fucking food; no one goes to war for clams (maybe Oysters of Locquemariaquer) but they just happen to be OUR food. They should pay for them like in fish market.” Locsin tweeted.

The tweet sparked angry responses from netizens who took turns lambasting Locsin for supposedly belittling the giant clam harvest issue. Locsin had also tweeted: “I will not let this country go down to war or lose a useful economic partner just over environmental concerns for a world I care nothing about. I care only for my people and country.”

Locsin had earlier said that the Philippines filed diplomatic protest over the harvest of giant clams in Scarborough Shoal, which he descirbed as an “illegal action” that violated “conventions on environmental protection.”

In 2015, the Philippines filed a diplomatic protest against China for collecting giant clams in the same area in the West Philippine Sea.

“China’s toleration of, and active support for, the environmentally harmful fishing practices by its nationals at Bajo de Masinloc constitute breaches of its obligations under the 1982 United Nations Convention on the Law of the Sea, the Convention on Biological Diversity and the Convention on International Trade in Endangered Species of Wild Fauna and Flora,” the Philippine government had said in 2015, under the previous administration. – Rappler.com