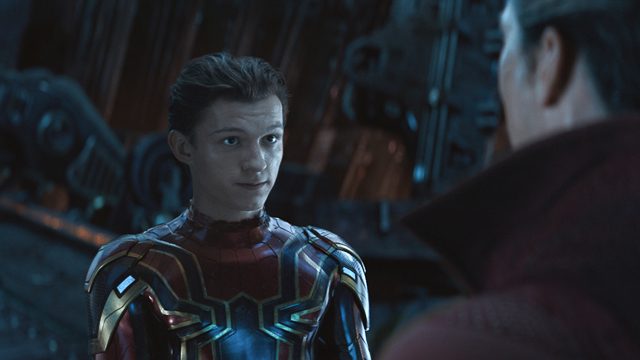 MANILA, Philippines – He didn’t quite feel so good at the end of Avengers: Infinity War, but if Marvel Studios head Kevin Feige’s latest revelation is any indication, that not so good feeling isn’t going to be permanent.

Speaking to a reporter on the sidelines of a Shanghai press tour, the Marvel Studios president said the sequel to Spider-man: Homecoming will be the last movie in Phase 3 of the Marvel Cinematic Universe.

Most had assumed that the upcoming Avengers: Endgame would close the third phase of the 11-year-old franchise. (READ: Into the Endgame: a Marvel Cinematic Universe explainer)

Peter Parker (Tom Holland) had been snapped into oblivion by the end of Infinity War – one of the many victims of Thanos’ infamous purge.

While officially, the fate of the characters who had disappeared by the end of the third Avengers movie was unsure, it was already confirmed that Tom would return for a Spider-Man sequel set for release after Endgame.

Far From Home is said to be set mere minutes after the events of Endgame – so this should be a doozy. Marvel Studios has been vague, thus far, about how Phase 4 of the MCU will look like.

Endgame premieres in the Philippines on April 24 and worldwide on April 26. – Rappler.com