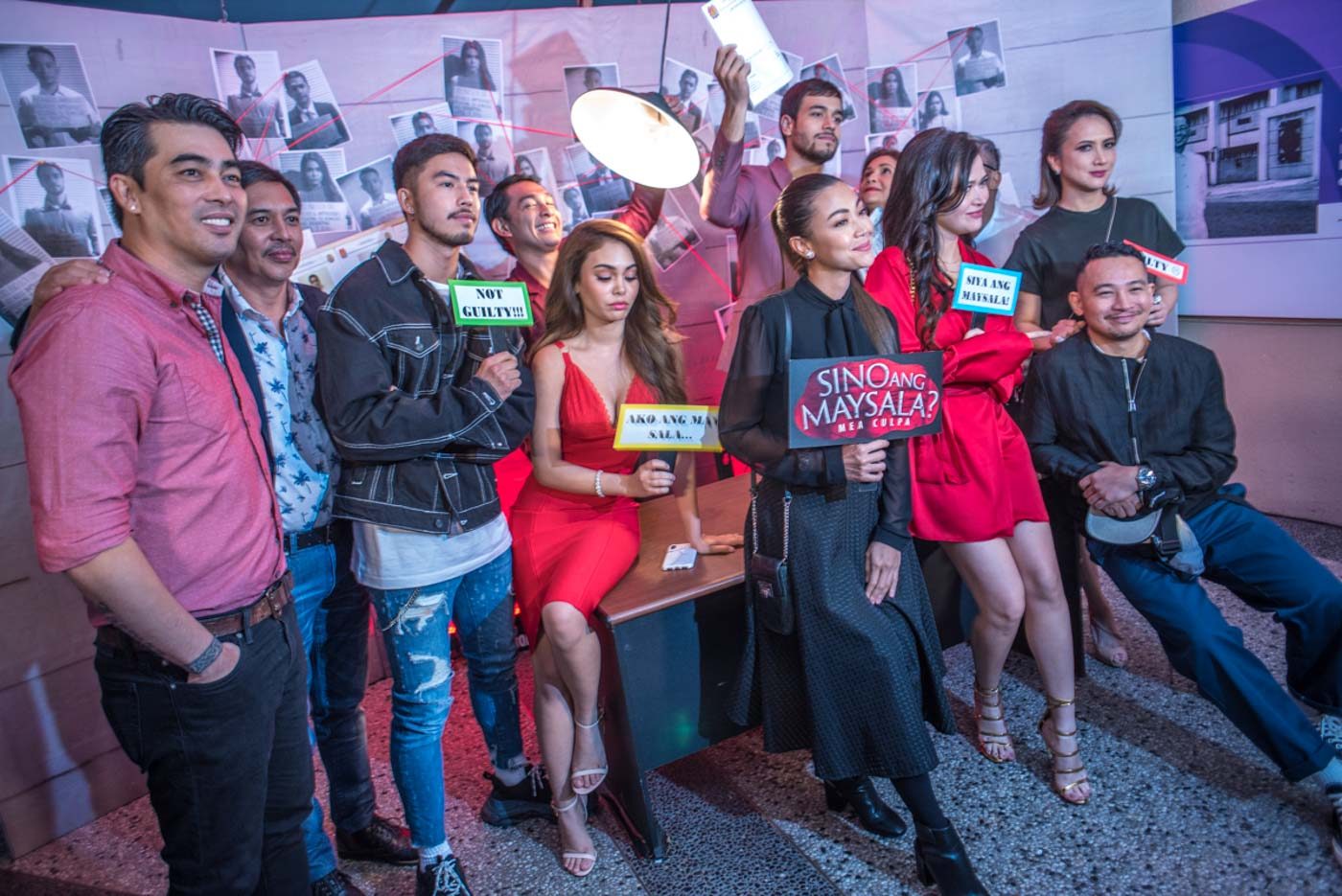 MANILA, Philippines – In Sino Ang Maysala, 6 friends find a fun night go awry when they accidentally bump a woman carrying a baby girl. Faced with the prospects of losing their licenses as new lawyers, they decided to hide their mistake by burying her. Juris (Bela Padilla) then takes the baby girl and raises her, as its mom Fina (Jodi Sta Maria) vowed to look for her missing daughter and fight for her right.

Aside from the the confrontation between Juris and Fina, Juris’ other friends – Andrei (Tony Labrusca), Gaylord (Sandino Martin), Greco (Kit Thompson), Lolita (Ivana Alawi), and Bogs (Ketchup Eusebio) face their own issues after the hit-and-run accident.

During an interview with cast members Bela Padilla and Sandino Martin on April 22, Rappler asked their thoughts on the concept of justice and the characters they play on the show.

Bela said: “I just feel like not even as lawyers but as people, sometimes we all make decisions on situations we are at the moment. That’s what is the whole show is about – sinong may sala (whose fault is it) because in every episode, you’re gonna have to decide for yourself. “

“I think justice is always changing depending on where you are in your life also and it shouldn’t be like that. So, I like that we’re doing a show like this which is different and really tries to tackle many things. The story won’t just revolve around the characters and the family issues but you will also see cases that I hope people learn from.” Bela said that viewers will be faced with situations that might hinder them from doing what is right as other people weigh in.

“I guest the show will tell people that yes, you are human and yes there will be things that will stop you from doing right but eventually, you have to keep choosing what is right.” Sandino, who takes on his first lead role in a TV show as Gaylord Mamaril, said that the issues they tackle on the show are relevant to today’s society.

“So doon ko nakikita (So that’s where I see) how power, how hunger, how our goals can change. That goes to anybody – politicians, normal people, aspiring for a higher position. If we aspire for a higher and highter position, there will be changes. More than we think of justice as a symbols of this project, which is really the center of it, it’s how as individuals can we put our feet on the ground and just be present and act normal.” The actor believes that the concept of right and wrong will be definitely be challenged when viewers see the show.

(Which character can we relate to? Because each of them has a point – Juris who took care and raised the child but if this happens, what will you do? You hit someone, what will you do? So I feel it’s a constant question of what are your qualifications of what is right.)