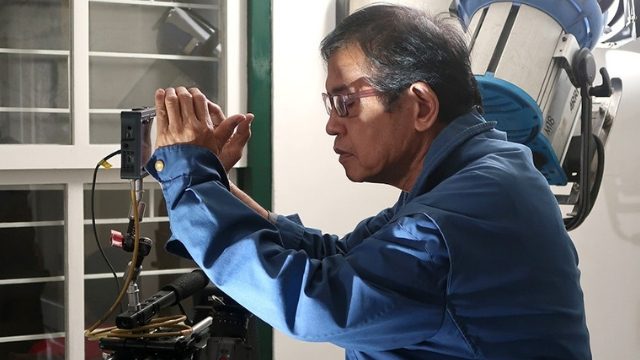 According to posts by his family members on Facebook, the filmmaker died early morning on Wednesday, May 8 at the Cardinal Santos Medical Center in San Juan, surrounded by family and friends.

Hernando was also a director, releasing short feature films such as Maalinsangan ang Gabi, Motorsiklo, and Kagat ng Dilim, as well as his first full-length feature Gayuma, which was released in 2015.

Tributes have poured in from many of Hernando’s contemporaries in the film industry.

Mike de Leon took to the Citizen Jake Facebook page, saying “Thank you for everything – your collaboration, your artistry, and above all, your friendship.” The post included photos of Hernando on set through the years. The two were frequent collaborators, with De Leon even writing and producing Hernando’s short films

(Goodbye to 35 years of friendship, Cesar Hernando, have a peaceful journey. We will never forget you.)

Rolando Tolentino, a writer and faculty member of the University of the Philippines Film Institute, said on Facebook: “It is with great sadness that artist Cesar Hernando has passed away. I will miss him dearly.” – Rappler.com