IN PHOTOS: What happens when the bells toll on ‘Game of Thrones’ 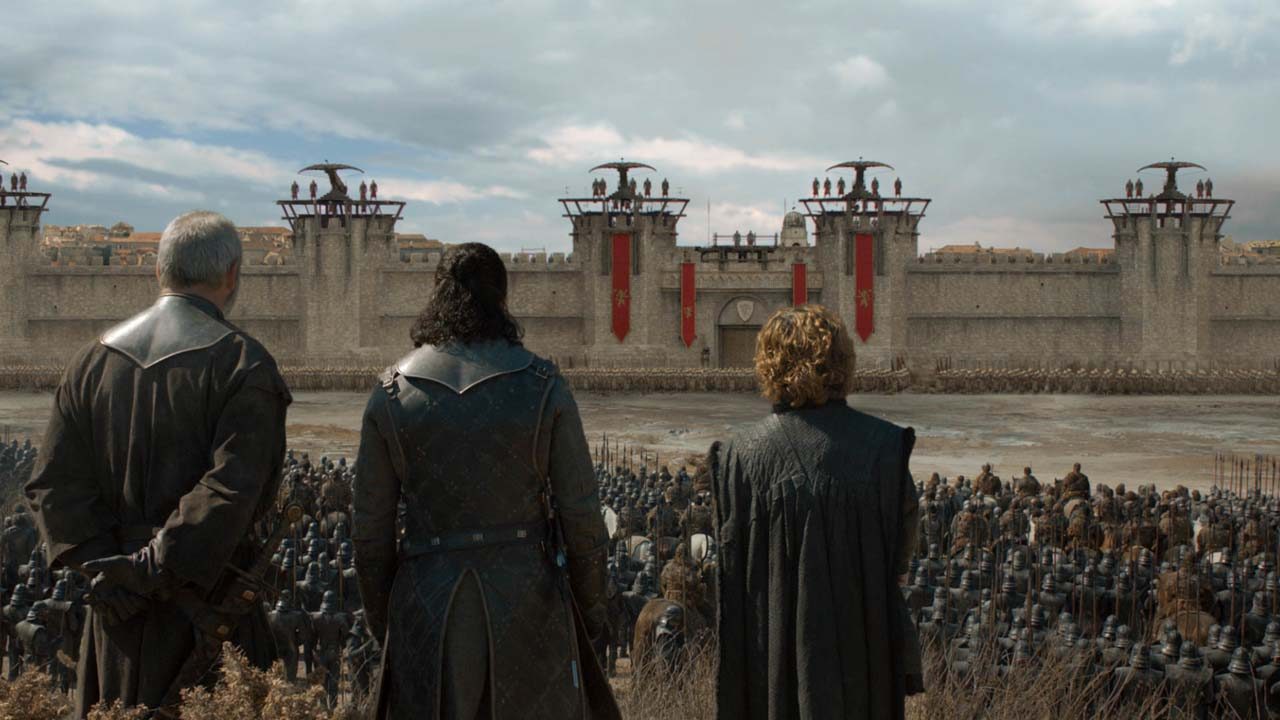 MANILA, Philippines – If any fan feels that not enough blood has been shed in the final season of Game of Thrones so far, “The Bells,” the penultimate episode in the series, might just change their mind.

The first death in the episode happens rather quickly – Varys, by Drogon. Daenerys had earlier spoken to Tyrion about betrayal; Dany had wanted Jon Snow’s parentage (he’s the legitimate son of Rhaegar Targaryen and Lyanna Stark) to remain a secret. But he earlier told his siblings Sansa and Arya about it while Bran (or what’s left of Bran, at least) had known all along.

Sansa told Tyrion about it, despite swearing to secrecy. Just as Tyrion was about to ‘fess up about knowing about Jon’s roots, we learn that Dany already knows. Varys, who has openly questioned Dany’s capability to rule, is executed on the grounds of treason. “It was me,” says Tyrion weakly, before Dany hands down her ruling.

Of course, this all happens after the Master of Whisperers is able to write a letter that partly reads: “…true heir to the Iron Throne.” Dany and Grey Worm are still seemingly coming to terms with Missandei’s death at the hands of Cersei. It’s an important scene to remember coming into the siege of King’s Landing. Dany once again confronts Jon with the uncomfortable truth – while he’s pledged loyalty to her and her cause, it’s Jon that the people of Westeros love. It’s “fear” that Dany elicits. Jon assures her of his loyalty and Dany tries to kiss him – but he doesn’t reciprocate.

Tyrion tries to convince Dany not sack King’s Landing, if only for the innocent common folk who are inside. Dany does not budge but Tyrion begs – call of the attack once the bells are rang and Cersei surrenders. Dany and her forces quickly gain the upperhand. This time, Euron Greyjoy isn’t able to shoot Dany’s last dragon. The Golden Company prove no match against the literal firepower of Dany and both the Unsullied and the Dothraki enter King’s Landing.

The bells ring and Dany pauses, looks at the Red Keep – which her ancestors had built centuries ago – and she begins her rampage. Her forces on the ground see this as a license to begin their pillage of King’s Landing. Grey Worm throws his spear on Lannister soldiers who’ve already surrendered. The melee begins. Arya and Ser Sandor Clegane, meanwhile, manage to make it inside King’s Landing. They have specific missions in mind: Arya, to kill Cersei and The Hound, to kill his brother.

But inside the now-crumbling Red Keep, the Hound convices Arya to turn back. And she does, right before he confronts Ser Gregor Clegane, his older brother. Of course, Cleganebowl happens – and in the goriest and most violent was possible. Cersei and Jaime are reunited – and later die together, as the twins had probably always wanted. King’s Landing is reduced to rubble. The final episode of Game of Thrones, which is based on the book series A Song of Ice and Fire by G.R.R. Martin, airs on May 20, Monday at 9 am and 10 pm in the Philippines over HBO. It’s available on demand at HBO Go beginning 9 am. – Rappler.com