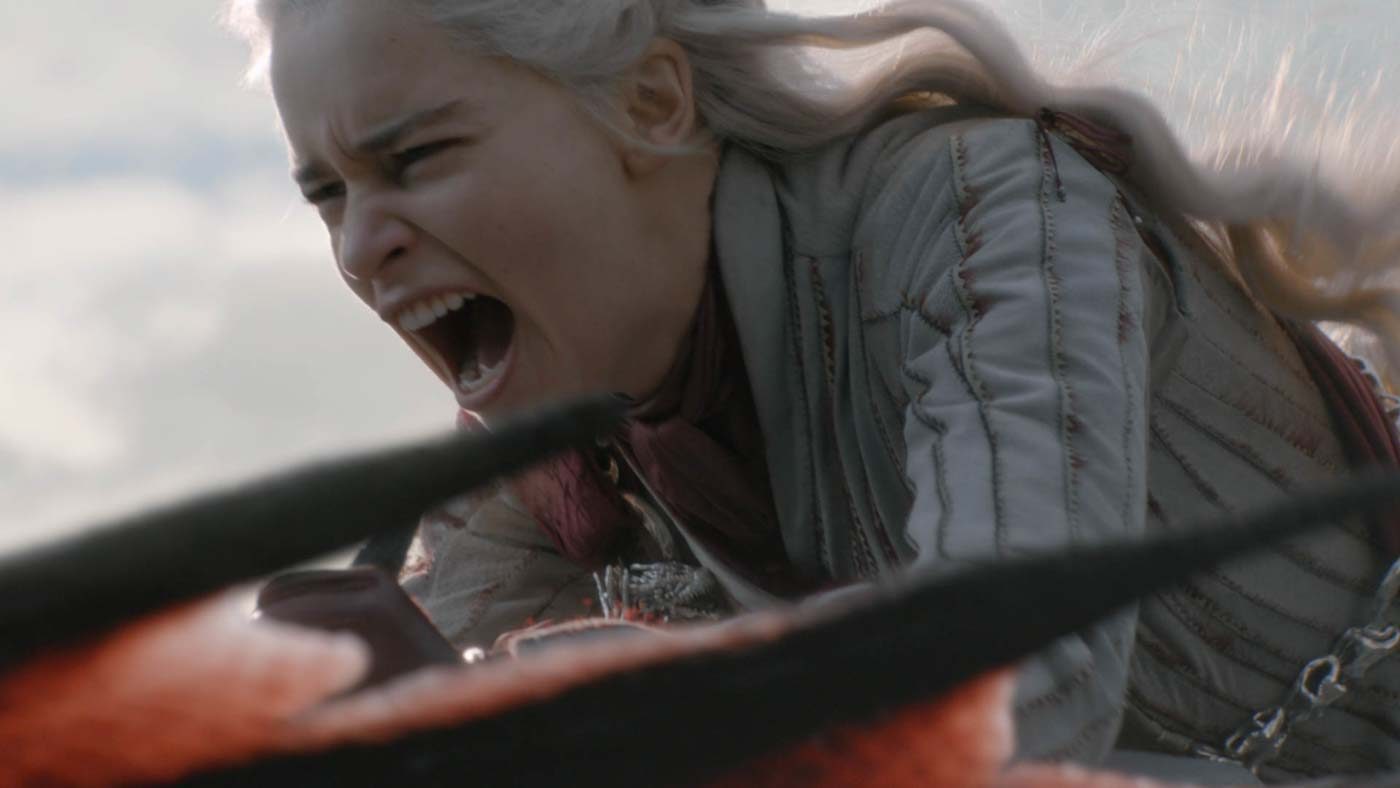 Facebook Twitter Copy URL
Copied
[WARNING: Spoilers for season 8 ahead!] Fans are calling for a do-over of the HBO hit's final season after recent episodes did not meet their standards

NEW YORK, USA – As Game of Thrones suits up for one last swordfight, a phalanx of enraged viewers large enough to flatten the massed armies of Westeros is voicing its displeasure over what they consider a botched ending to the beloved show – with some even clamoring for a do-over. (LOOK: HBO releases 2 stills from the last ever episode of ‘Game of Thrones’)

Since its first episode 8 years ago the HBO show about noble families vying for the Iron Throne has picked up just about every award going on the way to becoming a global ratings smash and a cultural phenomenon.

But its legacy is under threat from an increasingly vocal section of fans furious over what they consider poor writing in the shortened final two seasons, after the script had moved beyond the source novels by American writer George R.R. Martin.

A Change.org petition called “Remake Game of Thrones Season 8 with competent writers” was approaching 850,000 signatures early Friday, ahead of the finale on May 19 (May 20, 9 am, Philippine time).

“There’s been a lot of negativity about the windup, but I think it’s just because people don’t want ANY ending,” tweeted horror author Stephen King, one of the show’s most high-profile fans.

“But you know what they say: All good things…”

I've loved this last season of GoT, including Dani going bugshit all over King's Landing. There's been a lot of negativity about the windup, but I think it's just because people don't want ANY ending. But you know what they say: All good things…

One source of discontent is a dramatically sped-up narrative arc that has seen central character Daenerys Targaryen (Emilia Clarke) descend suddenly and incongruously into atrocity-committing madness.

“Turning one of the top two heroes in the game into a villain is something that you have to really set up straight… to have the fan base just go along with it,” said entertainment host A. Ron Hubbard on his top-rated Game of Thrones: The Podcast.

“It’s just that I don’t think they did the job particularly well.”

Other fans are equally bewildered by the moral regression of Nikolaj Coster-Waldau’s Jaime Lannister – an unambiguous bad guy back in 2011 whose redemptive arc over 7 seasons was one of the most interesting aspects of the show’s scrupulous, patient plotting.

“It feels like some of the characters’ arcs are false because they’re not given enough time to play out,” said University of Northern Illinois medieval history professor Valerie Garver, who accused showrunners David Benioff and D.B Weiss of “rushing” the truncated, 6-episode final season.

The effect has been to lower expectations to such an extent that many fans are complaining about a denouement they have yet to even see.

“I’m really disappointed in Next Sunday night’s finale of Game of Thrones” joked Brent Spiner, who played android Data in Star Trek: The Next Generation.

More than 100,000 people voted on the Internet Movie Database to give season 8’s penultimate episode 6.1 out of 10, a harsh rating for a show that had never rated lower than 8.1 in previous seasons. (READ: ‘Game of Thrones’ Season 8, Episode 5 explained: Raining fire and blood)

“This show is just so good and has been so important that even if most people are upset with the ending I think still it will be held up as a show that was pretty extraordinary,” said Garver.

And if the social media backlash looks harsh, it is worth remembering that the vast majority of any show’s viewers do not immediately take to Twitter with their comments if they liked what they saw.

The proof of this can be found in the Game of Thrones audience figures, which hit a record 12.5 million live US viewers for the most recent episode – with a further 6 million watching later.

For perspective, one of the show’s nearest premium cable rivals, Showtime’s Homeland, managed 1.2 million viewers per episode in 2018 and The Sopranos, regarded as HBO’s greatest show, would pull in 11 million a week at its 2002 peak.

There’s little reason to expect anything but phenomenal figures for the feature-length GoT finale, with an estimated 10.7 million Americans expected to skip work the following morning to catch up, according to a survey by The Workforce Institute at Kronos.

Back in the fictional continent of Westeros, the biggest mystery of Game of Thrones remains: who will be sitting on the Iron Throne as ruler of the Seven Kingdoms when the curtain comes down?

That assumes, of course, that the Iron Throne still exists after Mother of Dragons Daenerys went full “Mad Queen” last week – torching most of Dubrovnik, the real-life Croatian double for the Westerosi royal seat of King’s Landing.

“The Iron Throne is very much gone, as is most of the population in the capital of the Seven Kingdoms,” the bookmaker said on its website.

“Is it actually possible for anyone to inherit a mountain of ash and brick?” – Rappler.com