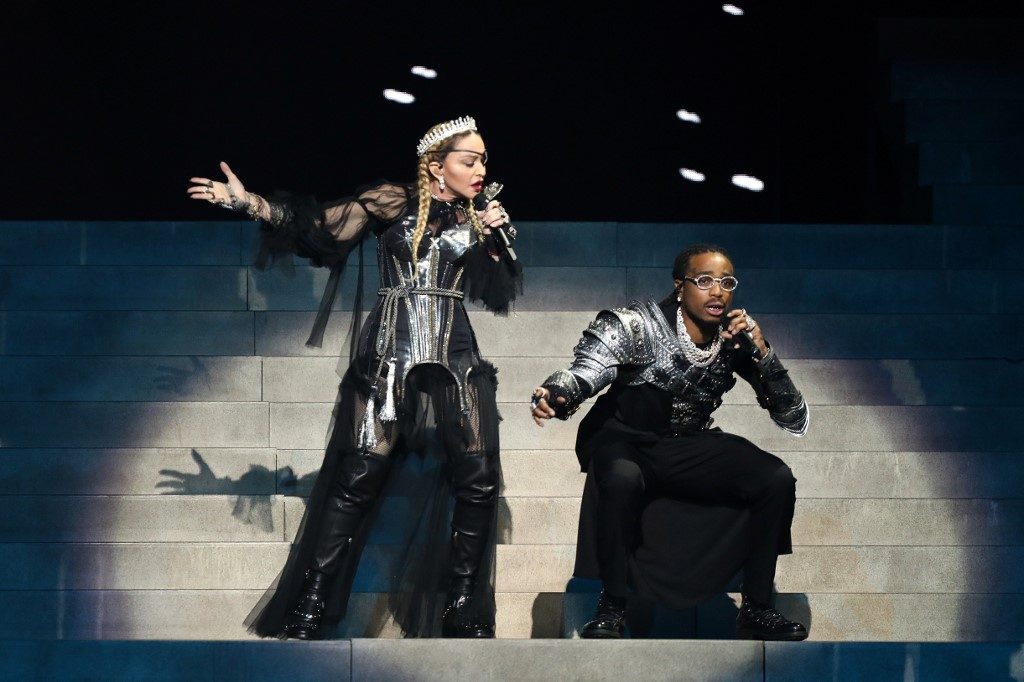 TEL AVIV, Israel—Madonna performed her new single “Future” with US hip-hop star Quavo at the Eurovision song contest finals in Tel Aviv early Sunday, May 19 and called on fans to “never underestimate the power of music to bring people together.”

The 60-year-old megastar opened her two-song appearance with her 1989 hit “Like A Prayer” on an elaborate set resembling a church with choir singers wearing monks’ robes. (READ: Madonna confirmed at last for Eurovision in Tel Aviv)

Quavo, part of hip-hop group Migos, then joined her for the reggae-inflected “Future,” off her upcoming album Madame X.

“Let’s never underestimate the power of music to bring people together,” Madonna said in brief comments before her performance.

“To quote an amazing song, music makes the people come together,” she said, quoting her song “Music.”

In a statement carried by US media earlier, Madonna said: “I’ll never stop playing music to suit someone’s political agenda nor will I stop speaking out against violations of human rights wherever in the world they may be.” —Rappler.com