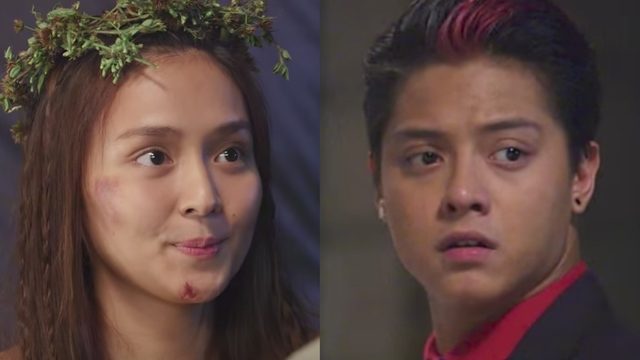 The show is the latest Filipino series to be picked up by the streaming site from ABS-CBN. FPJ’s Ang Probinsyano is also on Netflix with the international name Brother. All 93 episodes of La Luna Sangre are up on Netflix.

La Luna Sangre is the 3rd installment in a series that included TV shows Lobo and Imortal.

It also marked the return of Richard Gutierrez on television as Sandrino, a vampire who is out to kill the child in the prophecy called “La Luna Sangre.”

The series is named after the prophecy, which states that the child of a werewolf and a vampire will someday defeat the evil vampire with a cursed tattoo.

Kathryn plays Malia, the daughter of the vampire Matteo (John Lloyd Cruz) and werewolf Lia (Angel Locsin), who sacrificed their lives to save her. It’s believed that Malia is the child in the prophecy.

She later meets Tristan (Daniel) as an adult.