Here’s why ‘Arthdal Chronicles’ is your next Netflix must-watch 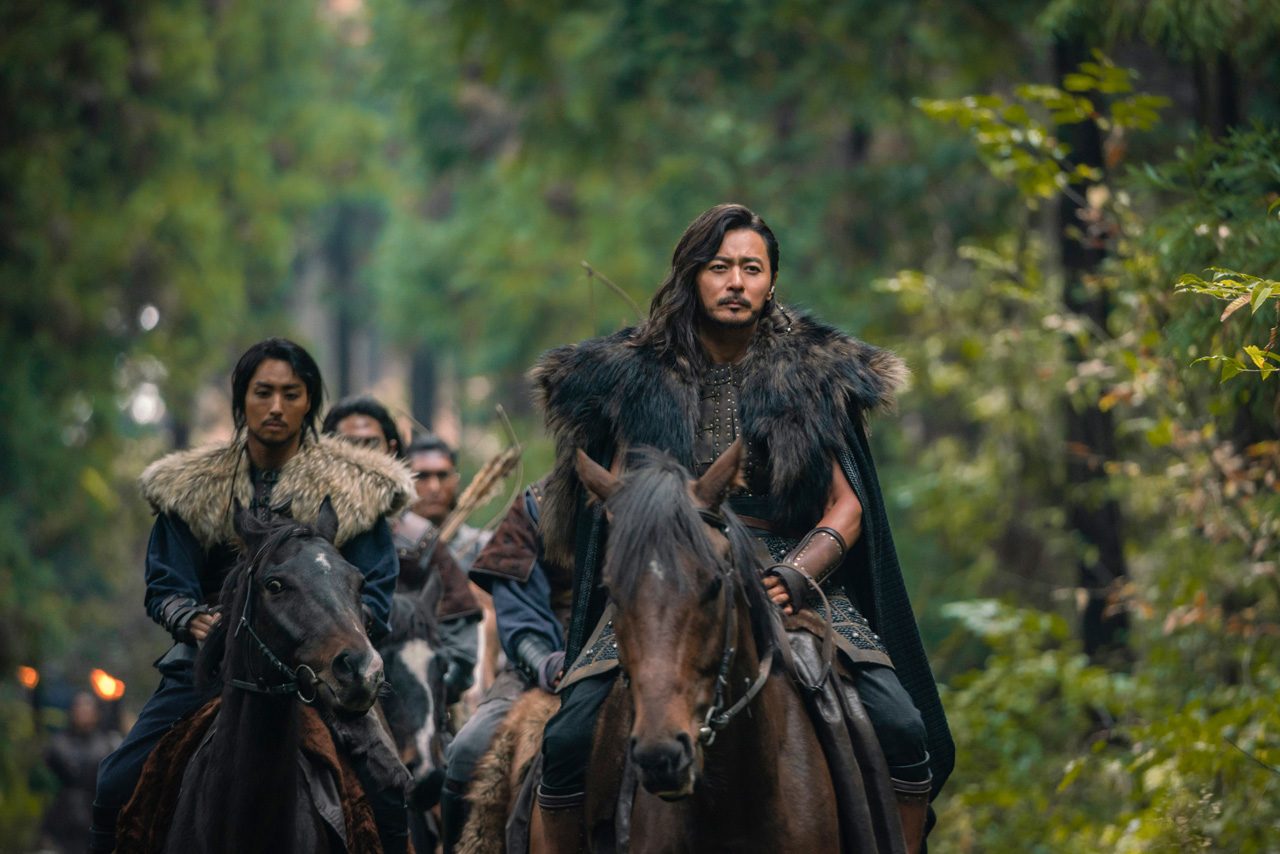 SEOUL, South Korea— It took seven years for writers Kim Young-hyun and Park Sang-yeon—known to be Korea’s best historical drama writers—to “present the story of Arthdal Chronicles to the world.”

“It brings back a lot of memories and emotions,” said Kim Young-hyun at the May 28 press conference for Arthdal Chronicles. She shared the stage with Park and the drama’s all-star cast—Jang Dong-gun, Song Joong-ki, Kim Ji-won, and Kim Ok-vin—at the Imperial Palace Hotel here.

It was shortly after the highly successful Deep Rooted Tree in 2012, which she and Park Sang-yeon also wrote together, that the tandem had the idea of writing a drama that tackled the birth of civilizations and nations, with underlying themes of “acceptance of diversity and people embracing otherness… and the idea of love has yet to be created and [there is] the lack of ability to dream among the people.”

It’s quite profound that actor Song Joong-ki described it as a series that “asks a philosophical question about how all the aspects of modern-day life from politics to religions, to society, and economy started at the very beginning.”

Always known for their intelligent writing, the two pushed the envelope when, for this drama they wanted to create, they started to delve into questions like “How did humanity or Korea begin to form a nation? How did we move away from the primitive life to the abundant life of agricultural society and continue to develop it into a bigger story?”

More so, there has never been a Korean drama set in prehistoric times. Most references are the Greek or Roman mythologies, they pointed out.

“Caucasians weren’t the only ones that lived in ancient times, and we thought that [Arthdal Chronicles] would be a meaningful project by presenting legends about ancient heroes who look like us,” the writers said.

The drama was initially titled Asadal Chronicles, Asadal being the capital of Gojoseon, the mythical first Korean kingdom founded by the legendary Emperor Dangun and from where the Korean people supposedly originated.

Park Sang-yeon said he was “shocked” when they presented the concept to the production company, director Kim Won-seok, and the cast members, because everyone said: “Okay, let’s do this.”

And thus, Arthdal Chronicles was born— a story about four heroes whose home is Arth that is made up of different tribes. Their lives intersect amid power and ambition, love and survival. 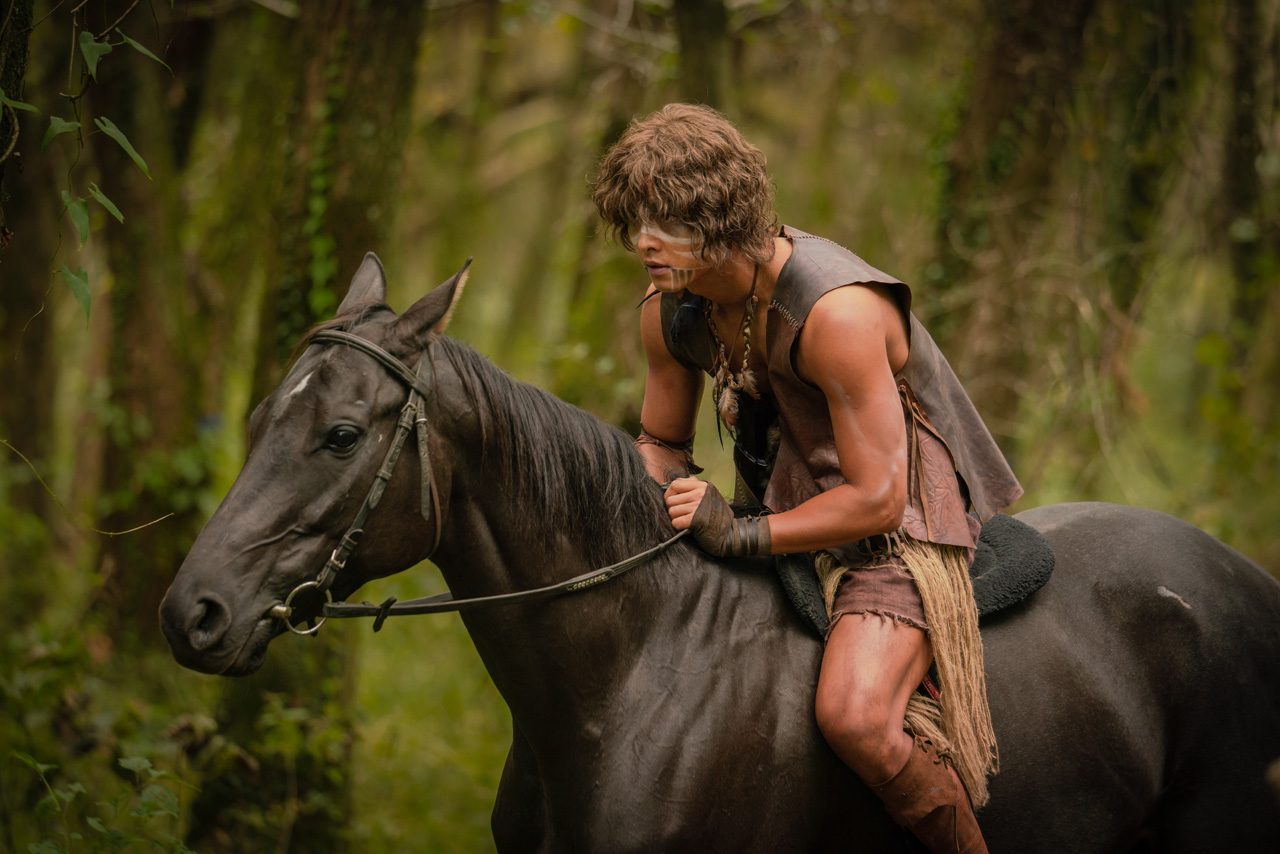 Song Joong-ki plays the role of the innocent looking Eunseom whose protective warrior instincts surfaced after his Wahan Tribe was attacked by Tagon, played by Jang Dong-gun. Tagon, son of the leader of the Saenyeok Tribe, is charismatic. But he keeps his rage and anger to himself so that no one knows when these feelings would explode.

Kim Ji-won is Tanya, the successor of the Wahan Tribe clan mother, whose destiny is to lead and protect her own people against other powerful tribes.

Taealha, played by Kim Ok-vin, is the most beautiful woman in Arthdal but has the strongest desire for power. She is entagled with Tagon, but both struggle between good and bad as they deal with their personal conflicts and ambitions.

Arthdal thrives in its bronze technology while the Wahan tribe is less advanced. But both Eunseom and Tanya, described as “vulnerable characters,” will learn to stand up to Tagon and Taealha as they protect their tribe.

Aside from the tribes, Arthdal is made interesting by the different races that live in the ancient city: the humans called “Sarams”; the “Neanthals” who are gifted with extraordinary abilities; and those who are a mix of Saram and Neanthal, like Eunseom.

Arthdal Chronicles will air in three parts, with each part having “clearly defined story arcs,” said writer Kim Young-hyun. Part 3 will air in the second half of the year.

He said he found a foreign critic’s article on Parasite, the first Korean movie to win the Palme d’Or in the recent Cannes Film Festival, applicable to Arthdal Chronicles.

“The critic said that even though [Parasite] is a Korean movie, it tells a story that would resonate very much in his country as well. I felt proud as a Korean… I think the critic’s comment can be applied to our series as well. It’s a very Korean story, but at the same time, it’s universal. It talks about politics, religions, and social issues that would resonate with us today,” Song Joong-ki said.

It was much the same way when he subscribed to Netflix because he wanted to watch Narcos, Song Joong-ki added. He recalled being impressed by how the story captured the “unique atmosphere” of Colombia. “When I watch other shows on Netflix, I love to see what is distinctly local to wherever the show was produced, and I hope that the audience will also be able to experience that with [Arthdal Chronicles],” Song Joong-ki said.

Arthdal Chronicles took a lot of imagination and creativity where many scenes had to be completed with visual effects. During filming, the cast and crew would study the location maps together to understand the story flow.

“Since the series is set in ancient times, we tried to capture as much of untainted nature as possible. We went to shoot in a lot of vast fields or woods with lush green, and with a little bit of VFX, the audience will be able to see on screen the mystic and awe-inspiring sceneries that nature can offer,” said actress Kim Ji-won.

Veteran actor Jang Dong-gun put a lot of faith in the writers and director, Kim Won-seok who was at the helm of drama hits like Sungkyunkwan Scandal, Misaeng, and Signal, among others.

He described Arthdal Chronicles as a “very original and mysterious.” Asked what he would want audiences outside Korea to focus on in the series, Jang Dong-gun said:

“If the story of the series were set in, for example, the Joseon dynasty, overseas audiences may find it difficult to engage with the story, but this series is not particular to Korea’s history, but carries the universal question of ‘What was it like at the very beginning?’ and so, I believe the audience will fall in love with the story very quickly.”

On June 1, Arthdal Chronicles will air on both Netflix and South Korean cable channel tvN. It streams in the Philippines every Saturday and Sunday, at 10:30pm. The streaming platform brings Arthdal Chronicles to 148 million people in 190 countries.

Actress Kim Ok-vin, a self-confessed Netflix fan, said that having Arthdal Chronicles on Netflix “is very exciting and overwhelming in a good way.”

“I hope many people will watch the series, and as this is the first series of its kind in Korea, I think it’ll be received quite differently from other Korean series of historical drama. As we had to build everything from the ground up, our attempt at creating a new type of story will be one of the key aspects to evaluate the series, and I’m excited to see what reviews we’ll receive,” she said.