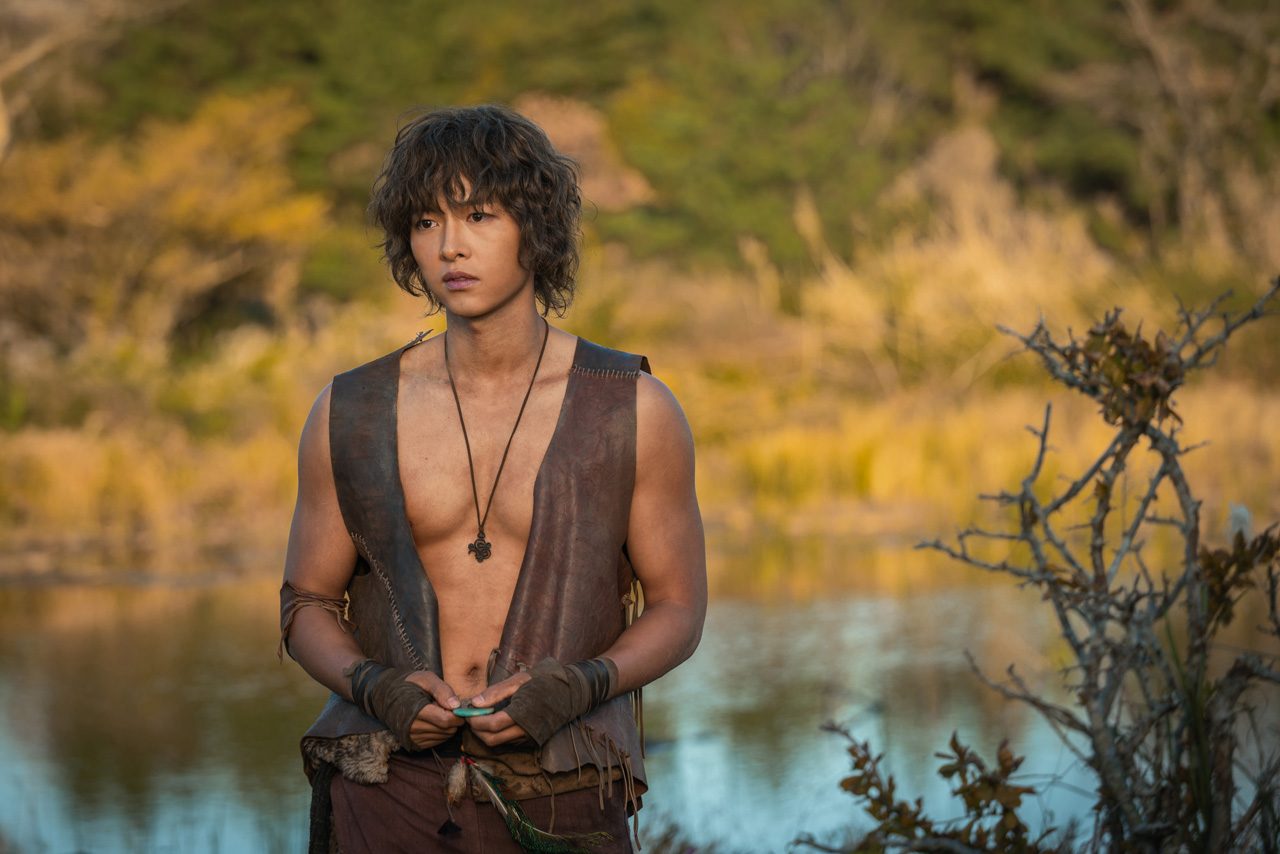 Facebook Twitter Copy URL
Copied
'Perhaps there are similarities in the characters’ costumes or even the cinematography, but to accuse Arthdal Chronicles of being a copycat is quite a stretch'

Days before Arthdal Chronicles was to premier on both Netflix and South Korean cable channel tvN on June 1, its writers and stars had to endure questions about the series being Korea’s Game of Thrones or Lord of the Rings.

I couldn’t blame the reporters at the May 28 press conference of the show for pressing writers Park Sang-yeon and Kim Young-hyun about the supposed similarities with GoT. Arthdal Chronicles comes in the heels of the widely talked about season ender of one of the biggest shows in television history.

I haven’t seen one episode of GoT. So I asked my brother to give me a sort of GoT CliffsNotes and I came across Bea Cupin’s GoT finale article which gave me some background on the series. I must admit I would need a matrix—a legitimate one, not like your Sal Panelo matrix—to understand how everybody devises their own destabilization plot to get the throne.

Perhaps there are similarities in the characters’ costumes or even the cinematography, but to accuse Arthdal Chronicles of being a copycat is quite a stretch.

The Netflix drama, which reportedly had a production cost of $45.4 million, has its own unique story and flavor, made relatable to anyone who likes period dramas.

“Korean but universal” is how its stars, Song Joong-ki and Jang Dong-gun, who play the role of Eunseom and Tagon, respectively, describe the story of Arthdal Chronicles.

“I wouldn’t even think of comparing our series to [Game of Thrones] and I don’t think our goal is to create something similar… I wouldn’t try to claim to do anything similar to the show and I don’t think it’s an appropriate comparison. We tried to create a great series by building a fictitious world of our own with our imagination and I hope you see our series as it is,” said writer Park Sang-yeon at the press conference.

Making a brief appearance before the press con began, series director Kim Won-seok (Sungkyunwan Scandal, Misaeng, Signal, My Mister) asked the audience to “expect a little bit less and give us a little but more support we really did our best in creating the series and we don’t expect that guarantees us any kind of praise.”

“But we do feel that our drama presents something that we feel should be included in the Korean drama archive so I hope that you can understand [the] pride that we take in this series. Hopefully, you won’t be too quick to judge us.”

The initial feedback is good. Soompi, the Korean wave news site, reports that Arthdal Chronicles’ first episode had a ratings of 6.7 percent and peaked at 8 percent, citing Nielsen Korea. This means the series was in first place “for all dramas in its time slot, including non-cable broadcasting station,” the Soompi article said.

The first episode of Arthdal Chronicles laid down the universal premise of how greed, distrust, and an insatiable appetite for power can destroy the natural balance of the world.

The story opens with a picturesque jungle where brutal killings take place as the Sarams or humans go on a Great Hunt of the Neanthals. While the Sarams pursue Ragazeu, the Neanthal, the power of his mixed-race infant son, Eunseom, and a premonition of his wife, Asa Hon, a Saram, are revealed.

Shortly before he is captured, Ragazeu tells one of the Sarams: “This land belongs to everyone.”

The tragedy of this family takes root from the failed negotiations for an alliance between the Sarams and the Neanthals, the “blue-blooded ones with blue lips” who can see in the dark and are the strongest and most agile of all.

In the first 30 minutes of Arthdal Chronicles’ episode one, the ambition of the Sarams (the humans, who else?) to rule over Arth for their tribe’s benefit was established. Sanung, king of the Sarams, believes it is necessary to have access to the Plains of the Moon, the fertile land of the Neanthals, because half of the people of his tribe will soon go hungry.

It was understandable that the Neanthals refused to establish “a nation” with the Sarams, where both their tribes “will rule all living things and stand on top of the pyramid,” as Sanung put it.

“Mother Nature provides us with everything we need. What more do we need?” Raknruv, leader of the Neanthals, scoffed. When the Sarams showed him bowls of beans, barley, sorghum, mugwort, and garlic, Raknruv reminded them that Neanthals do not eat mugwort and garlic.

If the ‘Igutu’ (mixed race) Eunseom displays his natural powers as a child in the first episode, Tagon, son of Sanung, shows he can be cunning and kind at the same time.

It was the young Tagon (played by K-pop idol One, who is also idol Cha Shin Ah in the recently concluded Her Private Life) who devised the tactic how to bring down the Neanthals, who were far stronger than the Sarams.

Kim Ok-vin’s Taealha appears towards the last 10 minutes of the first episode, where she breaks the news to her lover, Tagon, that his father has yet another mission for him. Tagon isn’t even done yet celebrating their victory over the Neanthals.

The season premier ends with Song Joong-ki (showing off a toned and bulkier body) waking up from a nightmare before a stunned people of the Wahan tribe, which Kim Ji-won’s Tanya is set to lead. Kim Ji-won first appears in the second episode.

Director Kim Won-seok once again showcases his award-winning talent. He captures the audience’s attention with his beautiful camera movements as well as his eye for details.

Song Joong-ki, who had worked with Kim Won-seok on Sungkyunwan Scandal, described his director as “sensitive and romantic.” Being a drummer also gives Kim Won-seok “a keen sense of rhythm,” Song Joong-ki added.

“All of those qualities allowed him to give many spontaneous ideas for new, refreshing, and primal movements as we filmed. His enthusiasm made it very exciting for everyone to work on set, which resulted in some very interesting scenes, especially in a full shot,” Song Joong-ki said. – Rappler.com

New episodes of Arthdal Chronicles begins streaming at 10:30 pm on Netflix Philippines. The series airs on Saturdays and Sundays.