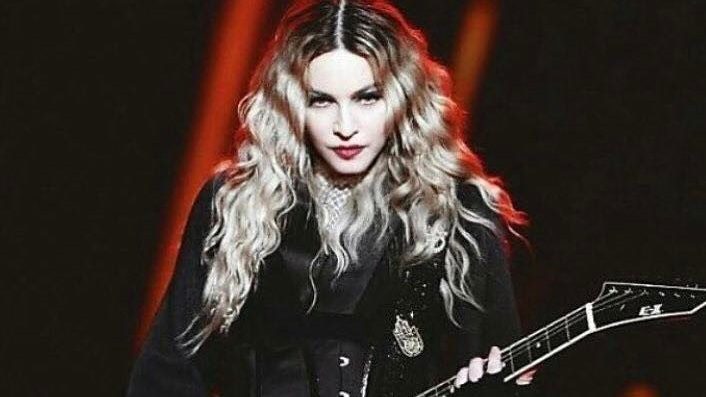 Facebook Twitter Copy URL
Copied
Pop icon Madonna claims the article 'Madonna at Sixty' focused too much on her age, arguing it would haven't done so if she were a man

WASHINGTON, USA – Pop icon Madonna said she felt “raped” by an in-depth profile of her in The New York Times, calling the newspaper “one of the founding fathers of the patriarchy.”

The New York Times article entitled Madonna at Sixty focused too much on her age, Madonna said, arguing it would not have done so were she a man.

“The journalist who wrote this article spent days and hours and months with me and was invited into a world which many people dont get to see, but chose to focus on trivial and superficial matters such as the ethnicity of my stand in or the fabric of my curtains and never ending comments about my age which would never have been mentioned had I been a MAN!” Madonna said on her Instagram account.

“I’m sorry I spent 5 minutes with her,” the singer and dancer wrote about the author of the article, journalist Vanessa Grigoriadis. “It makes me feel raped. And yes I’m allowed to use that analogy having been raped at the age of 19.”

In the article, Madonna had told Grigoriadis that she had “felt raped” when her 2015 album Rebel Heart was leaked early.

The author said in the piece that “it didn’t feel right to explain that women these days were trying not to use that word metaphorically.”

The singer said the profile was “further proof that the venerable N.Y.T. Is one of the founding fathers of the Patriarchy. And I say – DEATH TO THE PATRIARCHY woven deep into the fabric of society. I will never stop fighting to eradicate it.”

The Times article described Madonna in her 1980s heyday as using “her iron will to forge a particular type of highly autobiographical, uber-empowered, hypersexualized female pop star who became the dominant model of femininity across the nation.”

But it characterized her current incarnation as that of a “sexagenarian claiming her space among artists two generations younger” and said the audience she performed for at the Billboard Music Awards in Las Vegas appeared more enthused about the South Korean K-pop boy band BTS. – Rappler.com