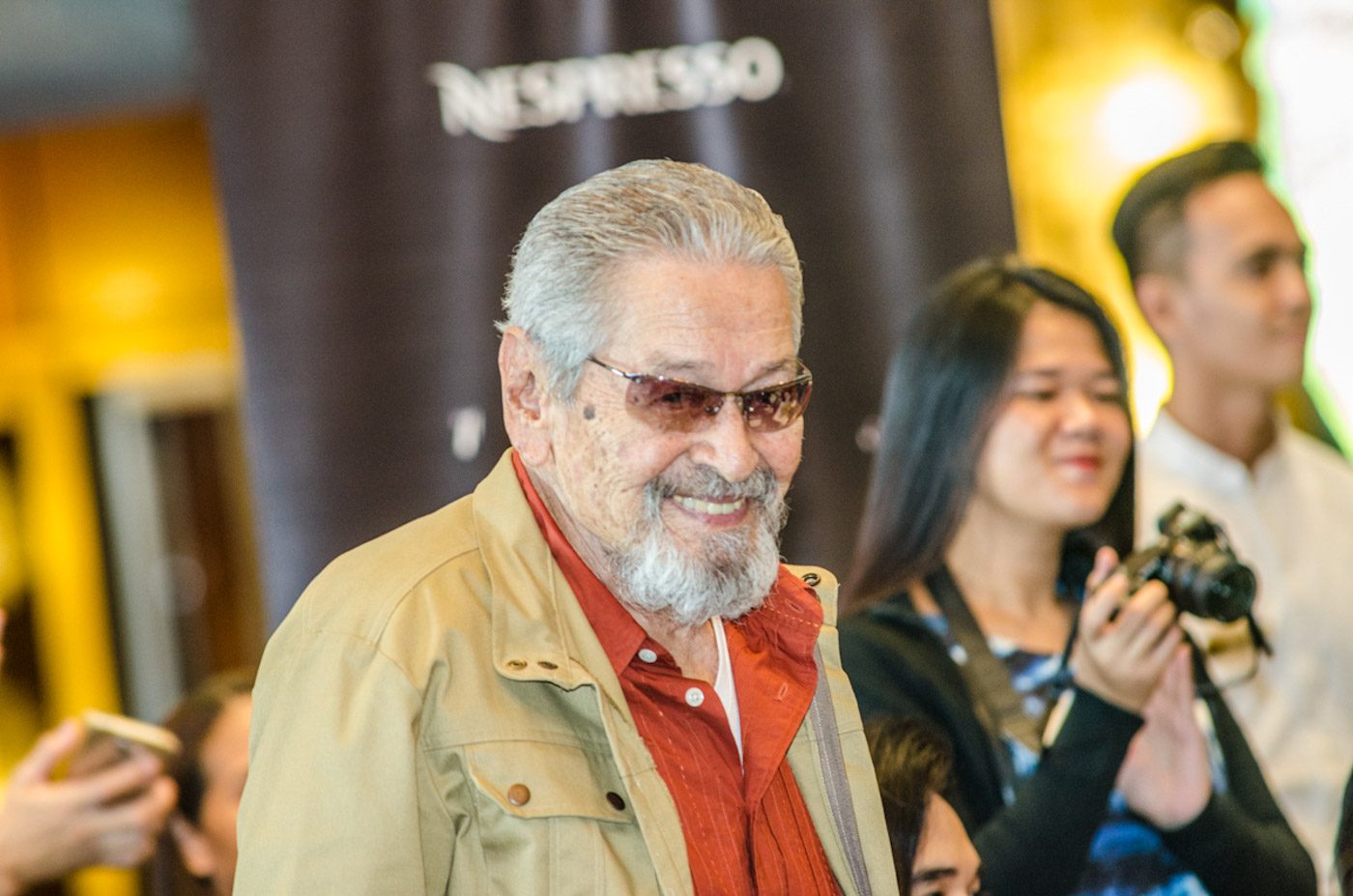 MANILA, Philippines – Eddie Garcia is still on life support and remains in critical condition days after an on-set accident on June 9 left him comatose.

This was confirmed by Antonio Rebosa, the medico-legal and spokesman representing Garcia’s family.

“Right now he remains to be in very critical condition. He’s just being kept alive by medicines, he’s actually on life support because of the fracture he sustained,” Rebosa told Rappler.

“Prognosis is very bad,” he said.

Rebosa explained that the 90-year-old actor fractured his cervical spine after he fell while taping for the upcoming GMA teleserye Rosang Agimat.

A video circulating online and taken by a certain Mhervien Maco shows Garcia tripping over a cable on the ground. When he did not get up immediately, people on the set rushed to his aid.

GMA said they are reviewing the video.

Rebosa said that he is confirming with the family regarding plans to withdraw life support.

“In the news it’s reported that they’re contemplating on withdrawal of life support,” he said in a mix of English and Filipino. He was referring to a Philippine Star article that stated that Garcia might be taken off life support.

“When you say withdrawal of life support, that means they’ll remove the tube, they’ll extubate, they’ll cut meds and oxygen,” he said.

He clarified that the family might be contemplating a do-not-resusciate (DNR) order, as opposed to withdrawing life support.

“I don’t think at this time that that’s what the family meant. Maybe the family has decided that if at all, at the moment, which I’m trying to confirm, Mr. Garcia would go into cardiac arrest, they would not resuscitate,” he said.

Rebosa said that they have spoken with the GMA management, and that “they were gracious enough to offer help with the hospital bill.”

He also said the family has been assured that GMA was investigating the incident.

In a statement, GMA said it has been their practice to have medical personnel and an ambulance on standby whenever action scenes are being taped.

“Given this, we are currently investigating the absence of a medical team on the set last Saturday, June 8,” the statement read.

“GMA Network is deeply saddened with what happened to Mr. Eddie Garcia and the management is committed to getting to the bottom of this unfortunate incident.”

Amid Garcia’s condition, the family spokesman asked for prayers for the actor, who remains confined at the Makati Medical Center. – Rappler.com