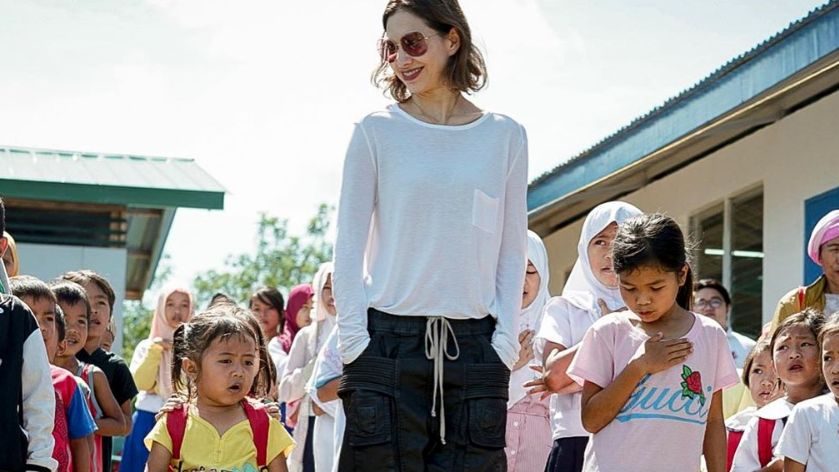 MANILA, Philippines – Nanette Medved-Po, the star behind Joel Lamangan’s 1991 Darna film, may have hung up her Darna costume, but the ex-superhero continues to inspire and do good for the country.

Actress, model, and philanthropist Nanette excitedly announced on Wednesday, June 12, via Instagram that she has donated 8 classrooms to the young students of war-stricken Marawi City.

“So happy to be able to turn over 8 classrooms here in Marawi today,” said her caption.

“Thank you to the Maranao for your heartwarming hospitality especially given the circumstances,” she said.

Along with Nanette, this feat was made possible by Generation HOPE, the social enterprise Nanette founded and currently heads. The profits from HOPE’s water bottles help build classrooms nationwide.

In a separate Instagram post, Nanette wrote in the comments section others who needed to be thanked for this achievement.

“Many companies and people make our classrooms possible – not just me. Marawi was brought to you by 7/11, Uber, Selecta, PC&V, Haresh Hiranand and millions of consumers who make the choice everyday to support public schools by buying Hope,” she said.

“Not to mention the tireless and inspiring work of the Hope Team for which nothing I do would be possible.”

In an August 2017 interview with ANC, Nanette said that helping out has always been part of her personal vocation.

“I always wanted to be useful in some way and I think my previous career has given me a little bit of an audience to leverage to do something good. I’ve always thought that people shouldn’t be a waste of space,” Nanette said.

According to Inquirer.net, Nanette is also a member of social welfare program Bantay Bata’s advisory board, as well as a national advisory council member of World Wide Fund for Nature (WWF) Philippines. – Rappler.com