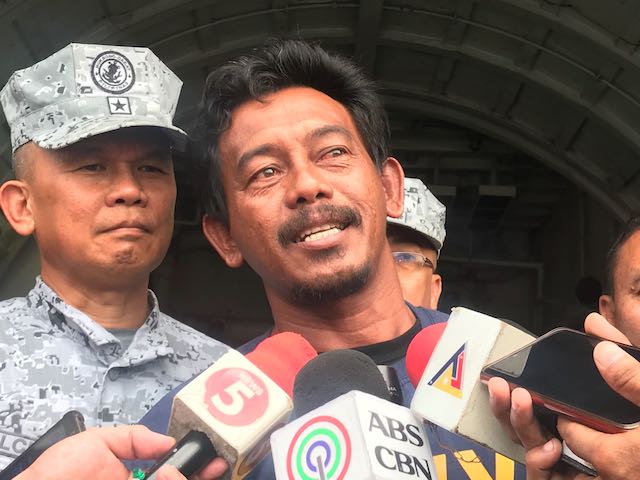 OCCIDENTAL MINDORO, Philippines (UPDATED) – The captain of the Philippine boat sunk in the West Philippine Sea says he is sure that a Chinese ship rammed them.

According to fishing boat Gem-Ver captain Junel Insigne he was able to determine the boat’s origins as Chinese, based on its lights.

In an interview with Rappler aboard the BRP Alcaraz of the Philippine Navy, Insigne said he and his crew had seen the Chinese ship before during their fishing trips. He said only Chinese ships have “big superlights,” which are used to shine on objects and fish underwater.

Because of the light’s intensity, he said, they were able to see what the ship looked like. Insigne added that they didn’t see any Chinese flag, but that what they saw was the same as the Chinese ship they saw before.

A Chinese vessel was earlier reported to have sunk the Filipino fishing boat Gem-Ver on June 9, in what could be a first in the dispute between the Philippines and China over the West Philippine Sea. The incident took place near Recto Bank (Reed Bank), an oil-rich underwater reef formation that belongs to the Philippines but is coveted by China.

Refuting claims about the incident being an accident, Empedrad said the Filipino vessel “was rammed” as it “was anchored when the incident happened.” – Rappler.com