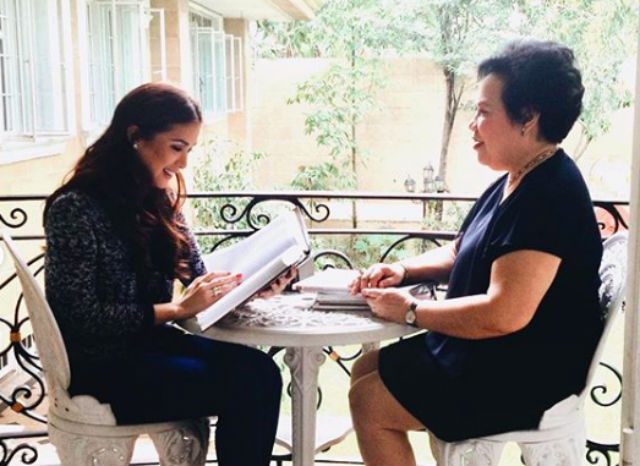 MANILA, Philippines — Actress Heart Evangelista paid tribute to the late senator Miriam Defensor-Santiago, who would have celebrated her birthday on June 15.

On Instagram, the Starstruck judge recalled the times she spent with Santiago – from their long conversations to their lunches. She also said that Santiago was her greatest mentor. (READ: Heart Evangelista remembers ‘protector, best friend’ Miriam Santiago in touching eulogy)

“It seems like just yesterday we were going on our adventures together, chatting, lunching, and just enjoying each other’s company. “
⁣
“You owe me an Adulting 101, Tita. But it’s okay because I remember every single lesson you’ve taught me until today. Of course, because you were my ultimate mentor and source of guidance.⁣⁣
⁣⁣
“I love you always my queen, and Happy Birthday.”

Santiago played a big role in Evangelista’s life. It was the former senator who introduced the actress to then fellow senator Francis “Chiz” Escudero, who is now her husband.

In a 2012 interview, Evangelista said that she considers Santiago her second mom. “Different kami. (We’re different) we’re opposite, but we learn I think a lot from each other,” she said. — Rappler.com