Jun 20, 2019 10:56 AM PHT
Alexa Villano
Facebook Twitter Copy URL
Copied
The veteran actress calls on the president to not forget the importance of the Philippine movie industry 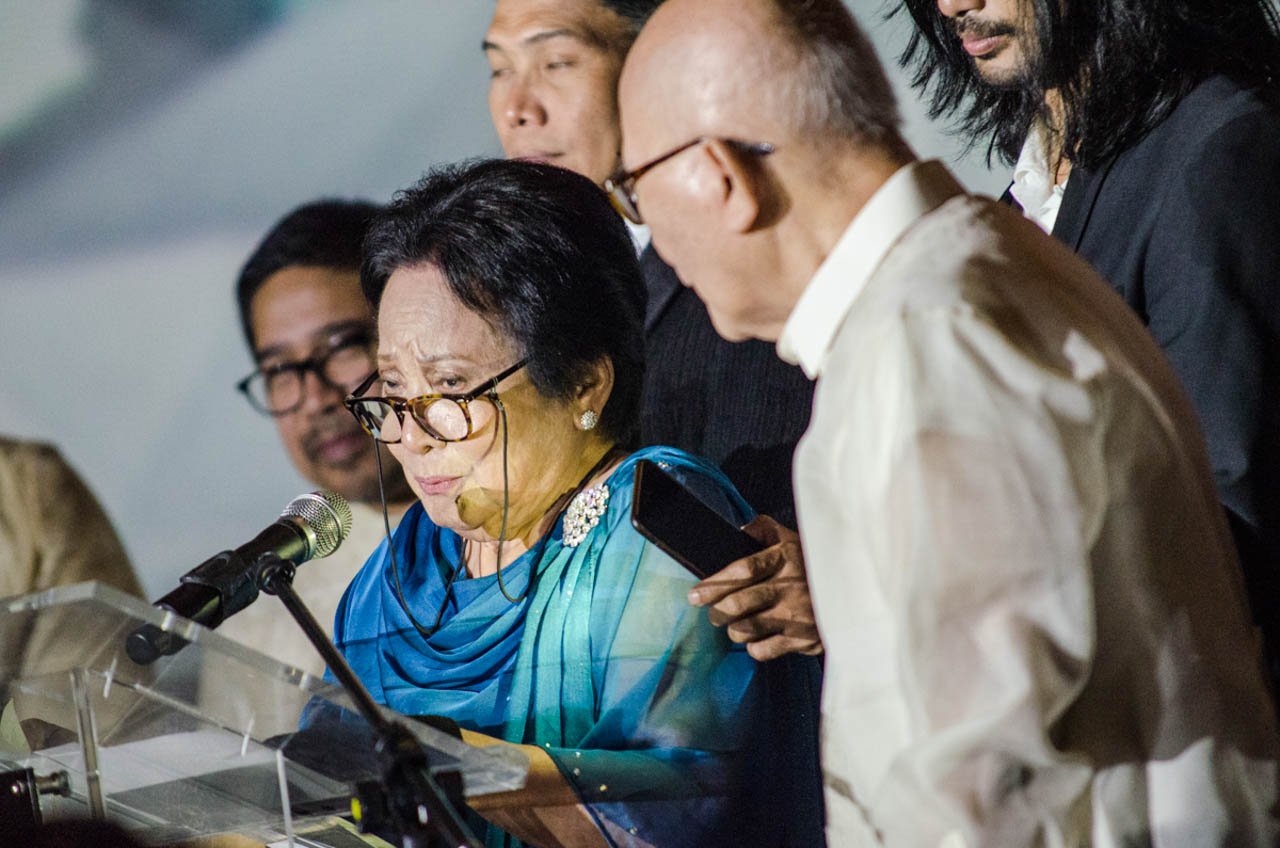 MANILA, Philippines — Veteran actress Gloria Sevilla called on President Rodrigo Duterte to help the Philippine movie industry and its workers in a speech during the Gawad Urian awards.

Sevilla, this year’s recipient of the Natatanging Gawad Urian award or Lifetime Achievement Award was speaking during the award show held last Tuesday, June 18 at the UP Film Institute.

(That’s why I’m appealing to the person who can help us. He is also a Visayan, I am calling on the President, please help the movie industry, especially Visayan movies so that there will be renewed interest and growth in our culture, which we can boast of elsewhere.) 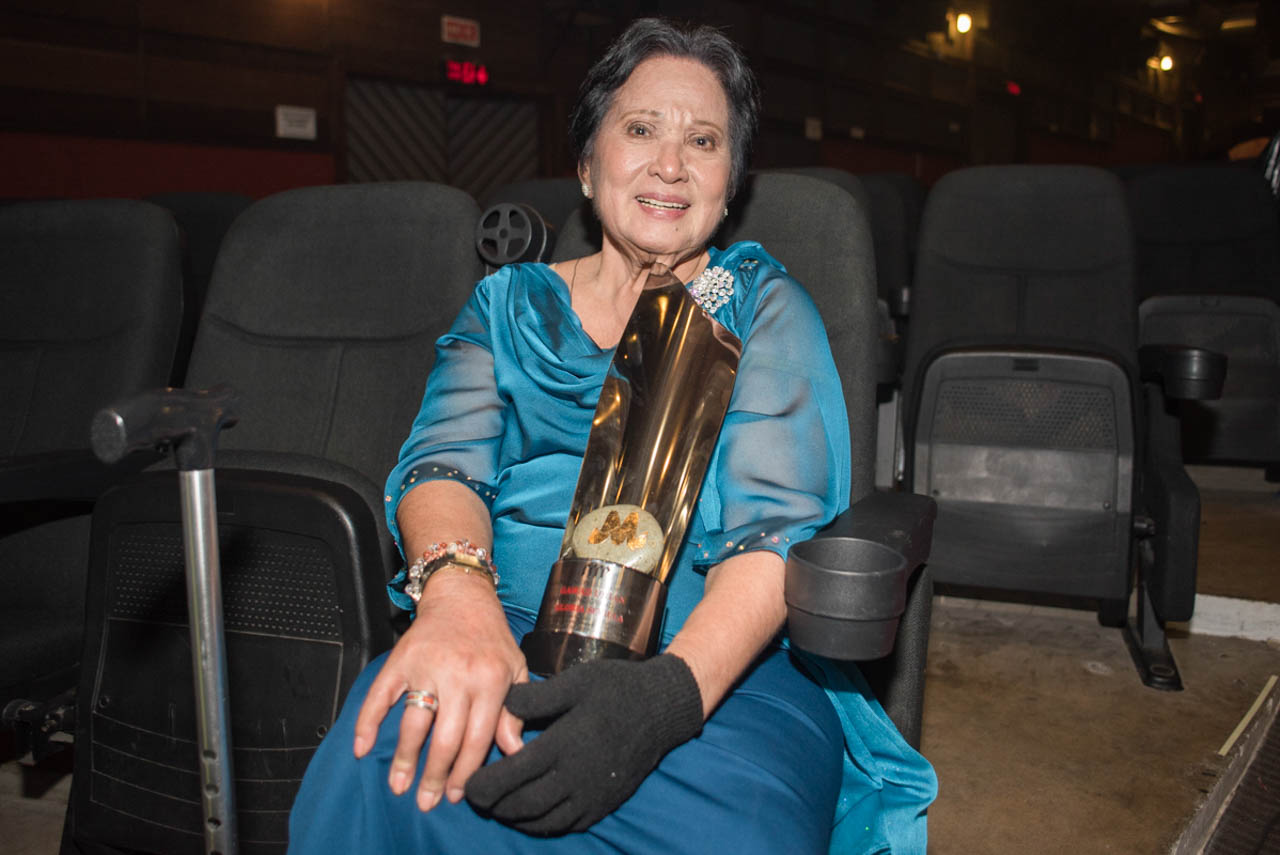 She also appealed to Duterte to give more attention to the industry.

“Ang ating pelikula ay isa sa unang mga na itayo at naitaguyod bilang sining pambansa. Huwag natin itong hayaang mawala at makalimutan.” (Movies are one of the first that were established as one of our national arts. Let’s now allow it to disappear and be forgotten.)

The actress also called for protections for movie workers and actors, including financial aid in the event of emergencies. She pointed out that veteran actor Eddie Garcia’s situation should serve as a wake-up call. Garcia fell during a taping for what would have been his television come-back. He remains in the ICU and has “minimal brain activity.”

Sevilla herself has been in accidents while taping her shows.

“Up to this time, I still have to request for a refund on my medical expenses and loss of work. Maybe if we file guidelines for filmmaking, siguro, hindi mangyari ang mga ito (this will not happen).”