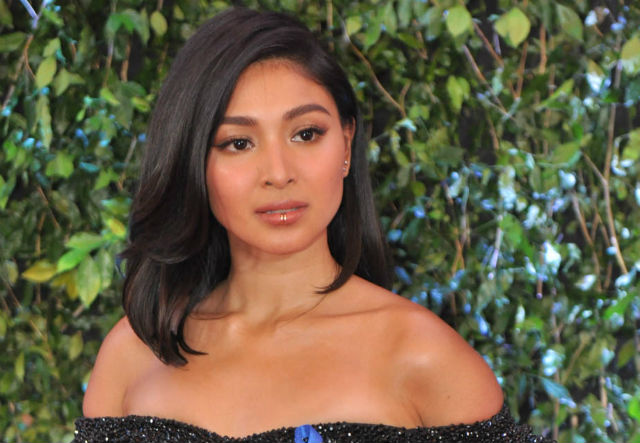 MANILA, Philippines — After winning the Best Actress award at the Gawad Urian on Tuesday, June 18, Nadine Lustre posted a message thanking the Manunuri ng Pelikulang Pilipino for the latest achievement in her career.

Nadine won the award for her role as Joanne in the movie Never Not Love You. The Urian is the third award Nadine got for her role in movie. She previously won awards from FAMAS and the Young Critics Circle.

In her post, Nadine wrote that things were not easy when she began her journey as an actress and person.

“For years, It felt like I was mindlessly walking on a dark misty road, with a heart full of doubt and hopelessness.  Hard to believe that a person like me has so much self-doubt.

“I was afraid of failure, too. Big dreams, I almost abandoned because of fear. Us, people, are naturally allergic to negatives that might occur in our lives,” she wrote.

“Me, I f hated them, too; until I was told a very valuable lesson in life. How do you know how good days are like if you have never had bad days?”

Nadine said that going through life without failure, one would not know what it feels to have the accomplishment done. She added that she learned so much from all the trials in in her life.

“One cannot identify happiness without knowing sadness. If you haven’t failed your whole life, you wouldn’t know the feeling of sweet success.

“The universe really does work in mysterious ways. I swear, I gave up so many times and for some reason no matter how risky and impossible the road may seem, I needed to continue walking.  I’ve always been one to question my purpose and now its never been more clear. Maraming Salamat po Gawad Urian.”

With Nadine’s accomplishments, no one was more proud than directors Dan Villegas and Antoinette Jadaone, who worked with Nadine and James Reid as producers of the film with Viva Films.

“Super happy kasi (because) Urian is parang icing in the cake, kasi last na siya (it was the last) [na awards for the season]. Super happy, tapos happy na it was also Tito Eddie [Garcia] who also won Best Actor for ML,” she said, referring to the veteran actor who died on June 20. Dan, meanwhile, worked with the actor in the movie Hintayan ng Langit.

“Super happy lalo na (especially) Nadine won FAMAS and YCC and Urian at 23, 24… which is a pretty young age to win such an award,”she added. — with report from Alexa Villano/Rappler.com