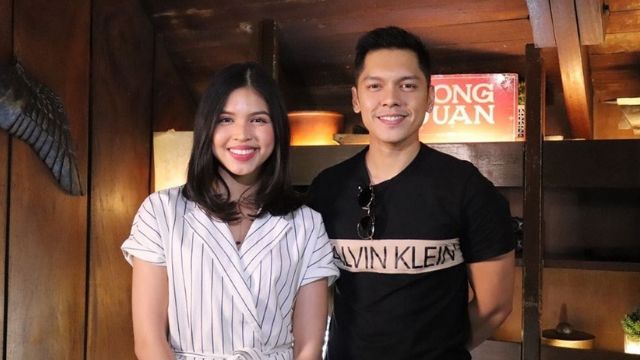 MANILA, Philippines – Aside from unapologetically foisting hugot upon Filipino viewers, ABS-CBN’s Black Sheep has also been giving us team ups we never expected – but are definitely intrigued by anyway.

This time around, it’s Carlo Aquino and Maine Mendoza, who are starring in the film Isa Pa With Feelings.

Black Sheep made the announcement on their Instagram page, posting photos of Carlo and Maine, as well as the pair with the Black Sheep team.

The film will be directed by Ang Mananggal sa Unit 23B director Prime Cruz.

Maine and Carlo also announced the news on their own social media accounts, with Carlo writing in the caption: “not in a million years.”

Not in a million years #IsaPaWithFeelings

No release date has been set yet, with Black Sheep only saying “coming soon.”

What do you think of this pairing? – Rappler.com