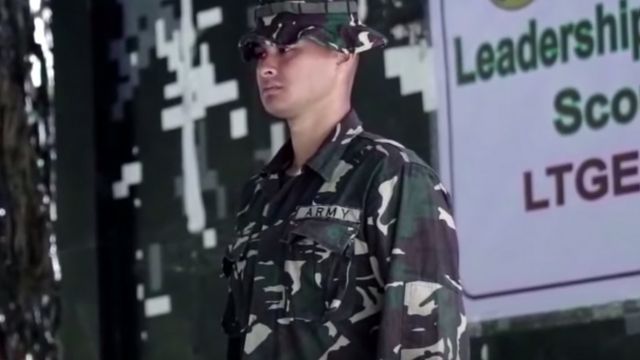 According to ABS-CBN News, Matteo received a military commendation medal for initiating clean up drives in schools in Bulacan, distributing school supplies, and inspiring the youth. He also received a special recognition for getting the highest grade (95.02%) of the 97 students in the class.

Attending the closing ceremonies to support Matteo were Matteo’s family and his longtime girlfriend Sarah Geronimo, who beamed with pride as Matteo accepted his awards.

A video shared on an AshMatt fan account also showed Sarah singing one of her signature songs “Forever’s Not Enough” with Matteo in military uniform by her side.

After the graduation Matteo posted on Twitter saying “I’m out. I had an experience that was priceless. Will be posting pics soon. Thank you everyone for the support!”

Matteo began his training on May 31. He first announced that he was joining the Army Reserve Command in April, saying “I officially joined the Philippine ARMY today because I love my country. I would like to thank people that have been very supportive. Exciting times ahead.” – Rappler.com