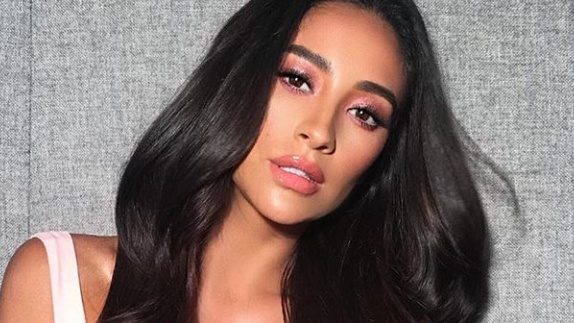 Facebook Twitter Copy URL
Copied
'There is something in the oven and it's not my pizza,' the ‘Pretty Little Liars’ and ‘You’ actress shares on her Youtube channel

MANILA, Philippines – Shay Mitchell, Emily from Pretty Little Liars and the infamous Peach from Netflix’s You, is happily expecting, as announced by her baby bump portrait posted on Instagram on Saturday, June 29.

“Does this mean I’m allowed to drive in the car pool lane at all times now?” Shay wrote in her caption.

The news comes 6 months after Shay revealed to followers that she miscarried in 2018. This will be her first child with her boyfriend, Canadian actor Matte Babel.

The 32-year-old Filipino-Canadian actress and model also posted a video on her Youtube channel entitled “Guess Who’s Preggers,” sharing footage about her pregnancy journey so far.

“It’s kind of surreal processing the fact that another human is growing inside of you,” Shay wrote. “It’s exciting, nerve-racking, difficult, and emotional all at the same time.”

“We’re beyond excited and looking forward to starting a family. I’ve learned so much about myself and parenthood over the past 6 months, and feel like I haven’t even scratched the surface! It’s going to be a wild ride,” she added.

No due date, gender, or current week of pregnancy has been revealed. Congratulations, Shay! – Rappler.com