‘Stranger Things 3’: Our burning questions about the ending – and some answers 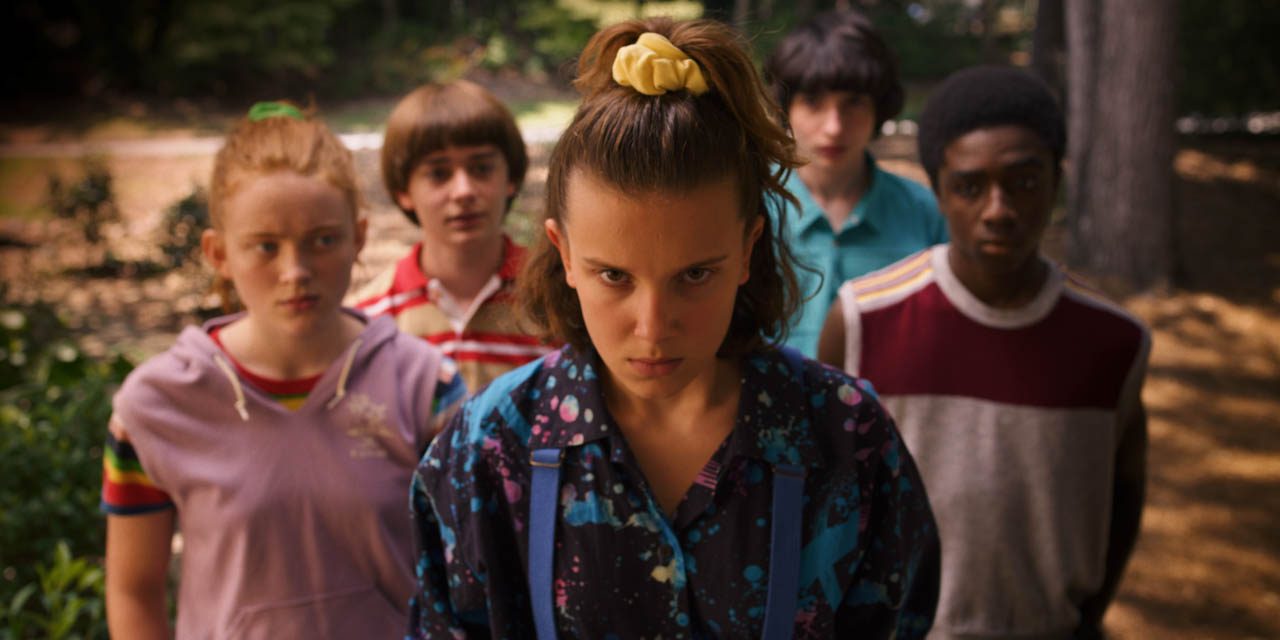 The summer of 1985 did change everything for the little town of Hawkins, Indiana, which seems to never catch a break.

After the 8-episode roller coaster ride that was Stranger Things 3, we unpack everything that happened – especially toward the end – so naturally…

In the third season of Stranger Things, the kids have grown up – and so has the show, even with its fun, neon-washed smorgasbord of 80s pop culture throwbacks, in terms of the gore and body count. (WATCH: ‘Stranger Things 3’ cast talks about the new season, monster stand-ins, and growing up)

As it always has, it still referenced a load of horror flicks (from The Thing to Invasion of the Body Snatchers) and even tapped into Cold War-esque American paranoia to weave yet another compelling adventure. (READ: ‘Stranger Things 3’ first impressions: Better than season 2, no doubt)

Hawkins’ portal to the Upside Down was at threat of being opened once more – even as the Mind Flayer didn’t see its being closed as an obstacle to its mysterious and nefarious plans. But leave it to the gang to foil both the Soviets and that blob-like monster.

After facing off with the Mind Flayer and Billy (who sacrificed his life in the end for Eleven, his sister Max, and their friends), Hawkins has somehow gotten some television mileage after some mysterious disapperances and deaths, government cover-ups, and lately, Russian involvement.

This time around, there are less loose ends but still, massive cliffhangers – especially regarding the fate of some of its characters. The setup is pretty neat for a forthcoming season – should it be (inevitably) greenlit.

After about eight hours of binging on the show, we have a few questions – and try to answer them ourselves, too: Chief Jim Hopper is a hero who perished in a fire at the now-destroyed Starcourt Mall – at least that’s what the residents of Hawkins know.

What we know is that Russians have been trying to reopen the gate to the Upside Down underneath the mall. And that he really sacrificed himself trying to hold off Russian Arnold Schwarzenegger as Joyce pulled the switch on the Soviet’s high energy beam-emitting “Key” – averting the re-opening of the Pandora’s Box that is the Upside Down, and taking out the Mind Flayer monster in the process.

As the “Key” exploded, the rest of the people in the room were blown away to smithereens, and we’re led to believe that was Hopper’s fate, too. But you know how the classic TV trope goes: if there’s no body, there’s a chance that the guy is probably still alive.

Sure, it’s probably going to be more satisfying for Hopper to have a hero’s ending, with that written speech read as a farewell of a would-be father to Eleven. But actress Millie Bobby Brown even adds credence to the optimistic possibility in recounting how she played that scene.

“The way I reacted was pure devastation and sadness, and a distraught child that just lost her father,” Brown told Entertainment Weekly, before continuing, “or so she thinks.”

More evidence – although this could be a reach: if you pause the frames (assuming that this is no production error), Hopper was nowhere near the machine right before it explodes. IGN pointed out this blink-and-you’ll-miss-it moment.

Some also say that Hopper was giving the interdimensional rift a double take just moments before, as if he was going to risk jumping into the Upside Down for, uhm – safety. If he’s going to die in an explosion, might as well gamble on the off chance that he survives in the otherworld.

Which brings us to our next question: Who’s the ‘American’ in the gulag?

In a mid-credits scene at a Russian gulag, some soldiers were seen picking which prisoner to feed to a Demogorgon they’re keeping in captivity. “No, not the American,” one of them said.

An American prisoner of the Soviets? How did he get there?

If we’re being positive about it, it must be Hopper. If he survived the explosion at the underground lab, maybe he was taken captive by the Russians right then and there – or they found him in the Upside Down. Maybe they actually had prior access to the alternate dimension, and found the Demogorgon that way, too.

However, it’s also plausible that the American prisoner is actually Dr. Brenner, the man behind the experiments at Hawkins Lab and who Eleven once called her father. While he was attacked by the Demogorgon in the final confrontation of season 1, his fate remains unresolved.

On top of that, in season 2, while Eleven along with her fellow former test subjects Kali and her gang were seeking vengeance for her mother, they encountered one of Brenner’s former attendants who claimed he was still alive. 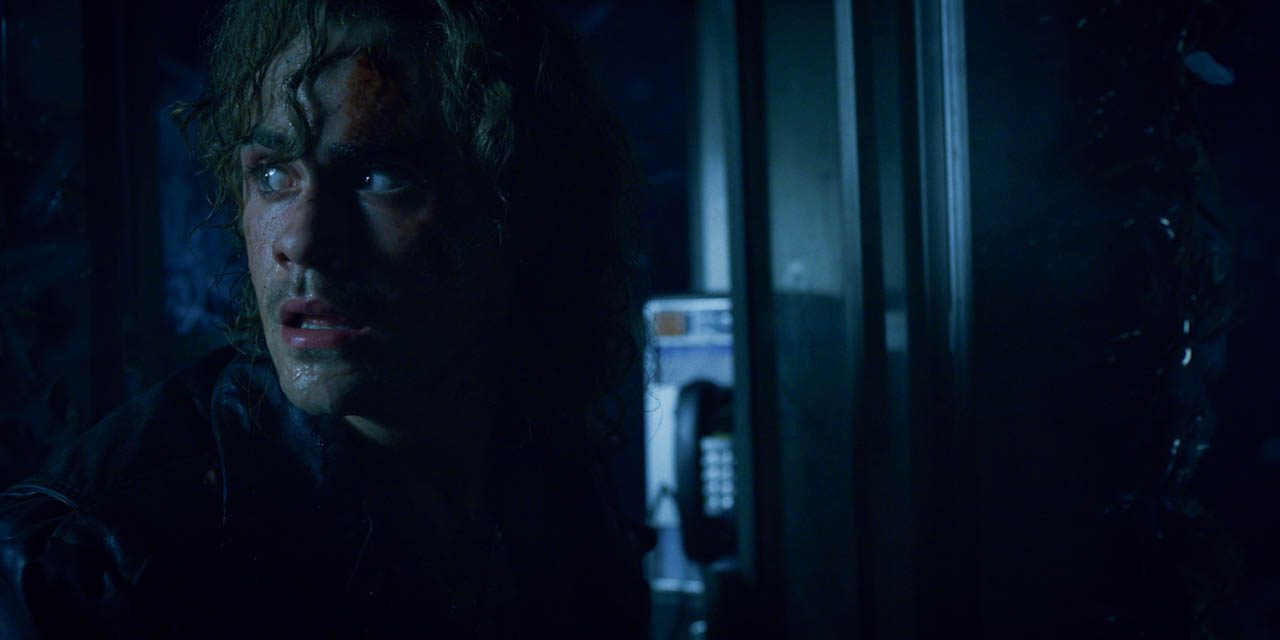 How did a Demogorgon end up in Russian hands?

In the underground facility at Starcourt, Erica saw a steel cage, and asked Dustin what a Demogorgon, which he had told her about only moments ago, looked like. The cage awfully looked like it could fit one of the fearsome beasts. How can something like it be in the possession of the Soviets?

Even if the process of piercing through the interdimensional barrier hasn’t been completed, is it possible that they were able to let one monster slip through? Or since the Mind Flayer was lurking around at the beginning of the season 3, was that Demogorgon also a lone survivor among the Demodogs from season 2? The Byers and Eleven move out. Where are they going?

For the family that has been the punching bag of the Upside Down, it was bound to happen that they would move out of Hawkins – but it’s not only just because of this.

Life has been hard for everyone at the small town since Starcourt Mall opened. Local businesses suffered, and although the mall was destroyed by the last episode, the damage to the economy was done. While others bounced back and the mom and pop shops were back and thriving, the Byers’ house was already put on sale.

Where are Will, Joyce, and Jonathan – plus Eleven, after Hopper’s disappearance – off to? Well, far enough for them to be able to visit Hawkins only during Thanksgiving.

Now, this means that Eleven and Mike as well as Jonathan and Nancy would have to endure long distance relationships.

Will Steve “The Hair” Harrington attempt to rekindle things with Nancy? Will Nancy go for journalism gold and pursue a story about Hawkins’s mysteries? Why did Eleven lose her superpowers and will she get them back?

Eleven’s psychic powers have always aided everyone in keeping the evil forces of the Upside Down at bay – whether it be slaying a Demogorgon or sealing the massive interdimensional gate underneath Hawkins.

By the end of season 3, however, it wasn’t her who did the final move that vanquished the Mind Flayer flesh monster. In the aftermath of the Battle of Starcourt, as the Byers moved out, Eleven tried to telekinetically grab her toy bear from the closet, but it didn’t even budge. She also tried to crush a Coke can, as she used to, but she couldn’t anymore.

It’s very likely that it was because of that bloody slug, a part of the Mind Flayer’s tentacle, which gruesomely burrowed into her leg.

The Mind Flayer wants her dead, obviously, for foiling its plans last autumn in Stranger Things 2. It could have ate up and zapped her powers – messed with the psychic nerve center in her brain or what have you.

Mike seems to believe that she’ll get them back – eventually, but maybe it was his way of telling her, “There, there.” But it also could be a statement of fact, giving her a raison d’être and gripping character arc as she tries to regain them and investigate about Hopper’s survival in (fingers crossed) Stranger Things 4. Has the Mind Flayer been truly defeated?

“Kill the brain, the body dies.” But as far as we know, isn’t it only the connection – the portal – that was severed?

The Mind Flayer – the malevolent hive mind and shadow monster lurking in the Upside Down – has been shut out once again, but probably even angrier than ever.

We have never known about why the Upside Down exists, and why its denizens – especially the Mind Flayer – have been a hostile presence in the normal world. In season 3, we get the most overt utterance about what this big baddie wants, and it goes beyond an obsessive fixation on Hawkins.

Well, that sounded almost like the Tethered in Us.

Will there be a season 4?

Magic 8 ball says, “Bet on it.” Just waiting for the announcement, Netflix.