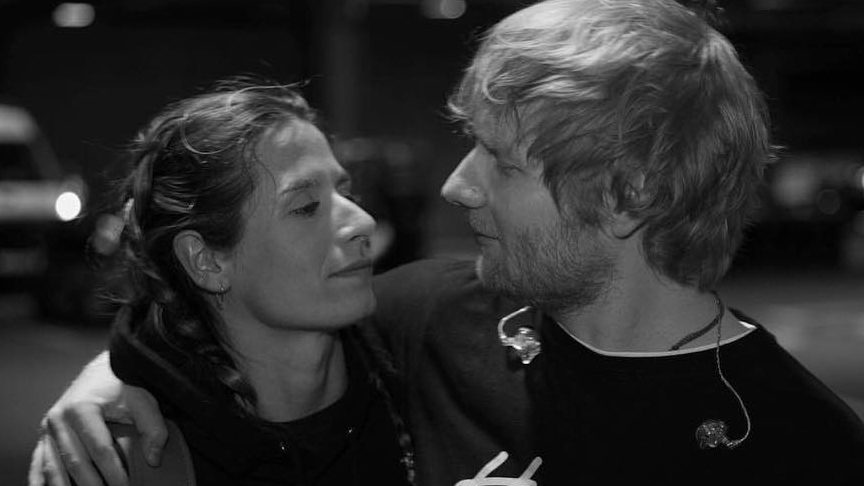 The 28-year-old singer revealed the news on Friday, July 12, during an interview with American radio DJ Charlamagne Tha God to promote his newest album, No. 6 Collaborations Project.

During the interview, Ed discussed his recent collaboration with Eminem and 50 Cent, entitled, “Remember the Name,” a song where he refers to Cherry in the lyrics, “my wife wears red, but looks better without the lipstick.”

Ed shared that the song’s lyrics were written before their official wedding.

“It was actually before me and Cherry got married, and I knew that we’d be married by the point that the song came out,” he said.

“Someone’s gonna hear that and be like, ‘Oh, they’re married!’ I didn’t know how that would be construed, but obviously it’s already come out.”

He also revealed the inspiration behind his current single with Justin Bieber, “I Don’t Care” – that they were both just recently wed.

Towards the end of the interview, he talked about his song “Best Part of Me” and how his constant disbelief of having Cherry as his wife inspired it.

“I constantly wake up every day with Cherry and I’m just like ‘Why the f*** are you with me? You could literally be with whoever you want and you’ve chosen me…’ I just find that amazing,” he gushed.

Ed’s marriage with his longtime girlfriend was first reported in February 2019  by a British news outlet. The couple’s intimate “tiny wedding” had only 40 guests at their home in Suffolk, England.

The two announced their engagement in January 2018 after 3 years of dating. They’ve been childhood friends since the age of 11. – Rappler.com