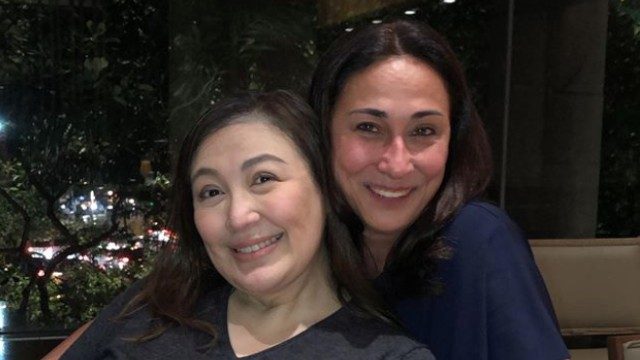 MANILA, Philippines – If there is at least one scene any fan of Filipino film should memorize by heart, it should be Sharon Cuneta and Cherie Gil’s iconic confrontation scene in the 1985 film Bituing Walang Ningning.

So it was a treat over the weekend when the two Filipino movie icons decided to recreate the scene during over dinner. They introduced a twist, however – this time, Cherie played Dorina Pineda while Sharon played the kontrabida Lavinia Arguelles.

In a video posted on Sharon’s YouTube channel, the two friends are seen joking and laughing over the reenactment. Cherie, the consumate extra that she is, insists that Sharon actually throw water in her face – just like the scene in the movie.

Of course, their camera operators – Sharon’s kids – could barely contain their laughter too. We can’t blame them.

The two also shared snaps from the dinner on Instagram:

A post shared by ActorSingerPresenter (@reallysharoncuneta) on Jul 13, 2019 at 3:58am PDT