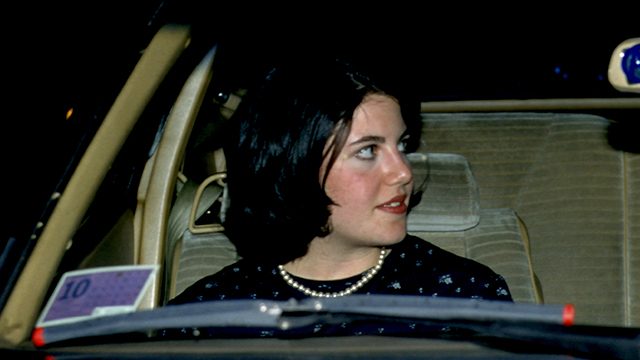 Facebook Twitter Copy URL
Copied
FX renews the true crime series for a 3rd season, which will be produced by Monica Lewinsky herself

The 3rd season of the American Crime Story franchise will dramatize events that saw White House intern Lewinsky and two other women become “swept up … in the country’s first impeachment proceedings in over a century,” FX said in a statement.

It follows the network’s first two seasons of ACS, which dealt with the trial of O.J. Simpson and the murder of Gianni Versace, respectively, and together earned a bevy of awards – and considerable controversy.

The announcement of season 3 prompted an immediate social media storm, with many users claiming a renewed focus on a sex scandal which nearly toppled a Democratic president would benefit incumbent Republican Donald Trump.

Meanwhile, Democratic support for impeachment proceedings against Trump is growing, with more than half of House Democrats now backing the procedure, media tallies showed last week.

“People are going to be very interested in this around the presidential election and it is going to be a great show,” FX chief John Landgraf told a television critics’ gathering in Los Angeles, according to Deadline.

“I don’t believe it’s going to determine who the next president of the United States is going to be,” he added in response to the swift backlash.

Lewinsky said in a statement to Vanity Fair that she was initially “more than a little scared” to join the project, but ultimately decided to in order to “fully reclaim (her) narrative.”

“I’m so grateful for the growth we’ve made as a society that allows people like me who have been historically silenced to finally reintroduce my voice to the conversation,” she said, referring to the explosive #MeToo movement against sexual harassment.

“Powerful people, often men, take advantage of those subordinate to them in myriad ways all the time,” Lewinsky said, noting that “this narrative is one that is, regretfully, evergreen.”

The latest installment of the Ryan Murphy-produced franchise will star Sarah Paulson as Linda Tripp, who blew the whistle on Lewinsky’s affair with Clinton. Lewinsky will be played by Beanie Feldstein and Annaleigh Ashford will portray Paula Jones, who sued Clinton for sexual harassment.

It will premiere on September 27 next year. The US election is scheduled for November 3.

The limited series will be based on Jeffrey Toobin’s book A Vast Conspiracy: The Real Story of the Sex Scandal That Nearly Brought Down a President.

The second season of ACS, covering the 1997 murder of Versace, was dismissed as a “work of fiction” by his family.

The family said in a statement they had “neither authorized nor had any involvement whatsoever” in the series and reacted with particular fury to claims that Versace was HIV-positive.

The first two installments won a total of 16 Emmys. Production on season 3 starts in February. – Rappler.com