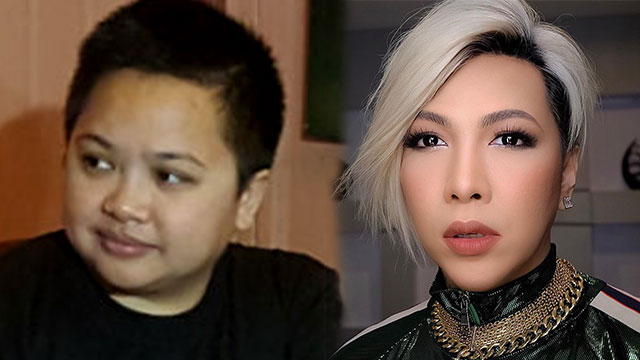 MANILA, Philippines — Ice Seguerra and Vice Ganda took to social media to air their concerns over LGBTQ+ rights in the country after Gretchen Diez was arrested and nearly sued after she tried and was barred from using the female restroom at a mall in Cubao, Quezon City.

Diez made headlines on Tuesday evening, August 13 after she was arrested for trying to use a female washroom inside Farmers Market. According to Diez, a janitress said that she should go to the male washroom instead. She later went live on Facebook after she was brought to the mall’s security office. She was later brought to a police station, where she almost faced an unjust vexation complaint. The case was later dropped after the janitress apologized.

In a post on Wednesday, August 14, Ice wrote about one of his “biggest fears” – going to public bathrooms.

“Honestly, this is one of my biggest fears whenever I’m out. Lalo na pag nasa Arabic countries ako,” Ice said.

(Several times, I’ve been asked to leave female bathrooms. When I try to use a male bathroom, I get a lot of questions, especially from Filipinos. When I went to ASEAN events for NYC, I made it a point to not drink water the whole day because I’m afraid to use the restroom. This is a real concern. And until you haven’t experienced this, you’ll think it’s unimportant.)

(Others will think of it as unimportant but it isn’t. It’s not unimportant when people stare at you and ask you to leave. When that happens to me, it’s embarassing and what’s worse is that I don’t feel safe. All of these feelings and more, AND NOW THIS… just because we want to use the washroom.)

Vice, meanwhile, wondered when Filipino society would finally begin to truly look out for the LGBTQ+ community.

(When will LGBTQ+ understanding finally be common knowledge? Is there hope that the SOGIE bill will pass as law?)

“My heart goes out to her. I can’t believe and accept that this things are still happening. I hope and pray she gets justice she deserves.”

Nasundan ko ang ngyari kay Miss #GretchenCustodioDiez dahil kay Miss @Real_iyahmina nakasama ko sa trabaho ngayon.
My heart goes out to her. i can’t believe and accept that this things are still happening. I hope and pray she gets justice she deserves. #westandwithgreatchen pic.twitter.com/BKRjd3sFZQ

Bataan 1st district representative Geraldine Roman, the first transgender woman to be elected in the House of Representatives, said that she will ask for a probe into the incident. (READ: Geraldine Roman vows House probe vs LGBTQ+ discrimination)

The Philippines has yet to pass a law prohibiting discrimination on the basis of sexual orientation. — Rappler.com