‘Lizzie McGuire’ is returning – and she’s all grown up 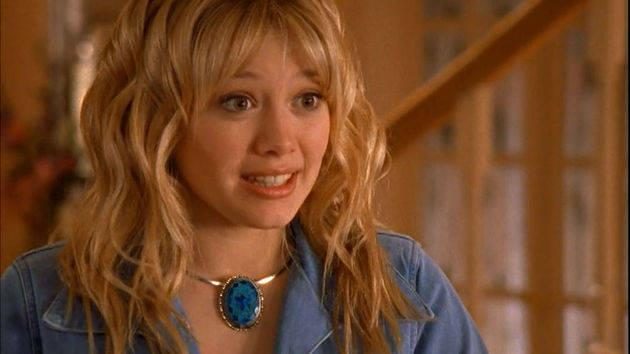 MANILA, Philippines – A new Lizzie McGuire series is now in the works, and the show’s star Hilary Duff will be reprising her role as the titular character.

Hilary and the show’s creator, Terri Minsky, made the announcement at the D23 Expo on August 23.

According to Hilary, the new series will feature Lizzie all grown up and entering her 30s – much like the audience that watched her as teenagers in the original show.

“Lizzie has also grown up, she’s older, she’s wiser, she has a much bigger shoe budget,” Hilary said, revealing that Lizzie will be working as an apprentice interior decorator in New York City.

“She’s getting ready to celebrate her 30th birthday,” Hilary added.

In an interview with People, the actress said that it was the perfect time for the series to make a comeback.

“For me, she was everybody’s best friend and she was there for us…. Entering your 30s is a really big deal,” she said.

The original Lizzie McGuire series ran on the Disney Channel from 2001 to 2004. It starred Hilary as 13-year-old girl navigating the emotional mess of adolescence. Over two seasons, the show depicted the thrill and the awkwardness of first bras and first kisses, teenage identity crisis, the intensity of a school crush, and the life-saving power of having best friends you can depend on no matter what.

The show also starred Lalaine as Miranda and Adam Lamberg as Gordo, Lizzie’s best friends. It also featured a tiny animated Lizzie that vocalizes Lizzie’s thoughts. And while there’s no word yet on whether Gordo and Miranda will be back, animated Lizzie will also be returning in the reboot.

The series later spawned a film, The Lizzie McGuire Movie, which follows Lizzie as she heads to Rome for a school trip and gets mistaken for an Italian pop star.

Hilary also posted about the news on her Instagram.

SURPRISE!!! I’ve been trying to contain this excitement for a loooong time while this has been in the works! I am beyond excited to be home again, back with my girl ♥️…and into her 30’s #bringbackbutterflyclips #lizziemcguire #thisiswhatdreamsaremadeof #lizzieforpresident #DisneyPlus #D23Expo . . . . . . Also, If you needed yet another reason to get Disney+ ….the #lizziemcguiremovie will be living there!

“I’ve been trying to contain this excitement for a loooong time while this has been in the works! I am beyong excited to be home again, back with my girl…and into her 30s,” she said.

So far, the new series’ release date has not been revealed, but it will stream on Disney Plus, Disney’s new video-on-demand platform. – Rappler.com