Sep 26, 2019 5:24 PM PHT
Rappler.com
Facebook Twitter Copy URL
Copied
'When we first met, we already had a connection,' Derek says of his 'The Better Woman' co-star 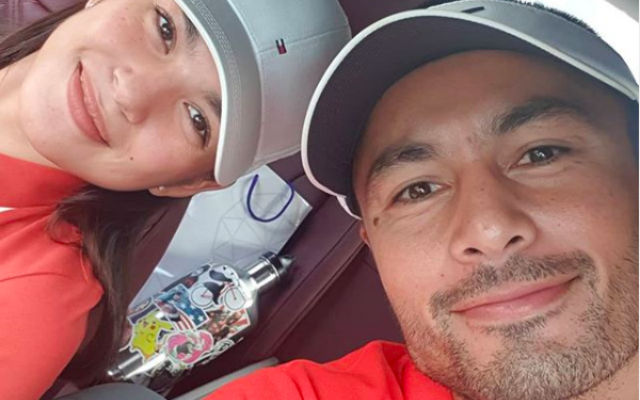 MANILA, Philippines — Derek Ramsay and Andrea Torres confirmed that they have been dating and enjoying each other’s company.

In an interview with Pep, the stars of The Better Woman said since they filmed the station ID for GMA 7, they felt an instant connection to each other.

“When we first met, we already had a connection during the station ID of GMA. We just connected, we were just talking about being actors, we did not see that we had a connection kami, and then something formed,” Derek said in a mix of English and Filipino.

Andrea has been very private about her personal life, but during the interview, she did share that she was very happy. People have observed the changes, she said.

The actress also said that Derek was the “closest guy” to her now.

As for their families, Derek shared that his dad and Andrea’s dad talk to each other, to the point that there were times it was hard to separate them.

His mom also talks to Andrea via text. Andrea’s parents had been invited to join Derek’s family for dinner twice.

The two are set to go to  to Dubai for an event, and although Andrea could have chosen to stay in the Philippines, she decided to accompany Derek.

“We are more than friends. We’re at that stage that we both have feelings for each other. It’s not just both physically attracted; it’s deeper than that in the sense that she has met my parents, I’ve met her parents, our parents have met,”  Derek said.

Prior to Andrea, Derek’s most recent relationship was with model Joanne Villablanca. The two broke up after 6 years of dating. —Rappler.com