Selena Gomez opens up about depression, anxiety: ‘Scariest moments of my life’ 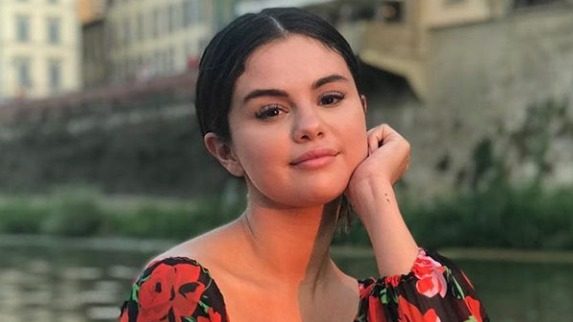 Facebook Twitter Copy URL
Copied
Selena Gomez shares her mental health struggles after accepting the McLean Award, a yearly distinction given to individuals who have 'raised awareness about mental health'

MANILA, Philippines – Nobody is spared from mental health disorders, and singer-actress Selena Gomez continues to voice out this hard-hitting reality to the world.

On Thursday, September 19, Massachusett’s psychiatric McLean Hospital awarded the 27-year-old artist the 2019 McLean Award, a yearly distinction given to individuals who have “raised awareness about mental health.”

So humbled to have been part of the incredible McLean Hospital’s Annual Dinner and was honored to be able to share a bit of my story. Thank you Dr. Rauch for inviting me and spending time speaking with me about mental health. And thank you to all the amazing staff at McLean. And a huge thank you to David O Russell for connecting me with these amazing humans. These are the moments where I am so grateful for the platform God has given me.

Opening up about the mental health struggles she had faced the past years, Selena began her acceptance speech by reiterating the importance of being honest about one’s journey.

“I think that we are better when we tell the truth and, so, this is my truth,” she said on stage during the annual dinner, according to an Entertainment Tonight report.

Selena revealed the harrowing toll her poor mental health took on her, describing how “all of my pain and my anxiety washed over me all at once.”

“It was one of the scariest moments of my life,” she said.

Selena added that finally receiving a “clear diagnosis” about what she was going through made her feel “equal parts of terrified and relieved.”

“Terrified, obviously, because the veil was lifted, but relieved that I finally had the knowledge of why I had suffered for so many years with depression and anxiety,” she shared.

“I’ve never had full answers, awareness or anything about this condition, so I began to face it head-on, as my mother taught me to face my fears and challenges when I was younger,” she added.

Selena was quick to point out that although awareness and the will to fight helped her through, that does not always mean that “it has all gone away.”

“I can say that after a year of a lot of intense work, that I am happier, I am healthier, and I am in control of my emotions and thoughts more than I’ve ever been. So, I’m very happy about that,” she said.

Since then, Selena has made it a point to use her personal experiences and influential platform to help those who are struggling, despite her initial fear of being “misunderstood and judged.”

“It feels right to share that I have personally felt the effects of both depression and anxiety – but it isn’t easy,” she said.

Selena added, “I know that I have been given experiences and people and opportunities that have made my life exceptionally beautiful and sweet – and yet I struggle with my own thoughts and feelings at times.”

Selena sought hospital treatment at a mental health facility in October 2018 after suffering an “emotional breakdown.” In 2016, she took time off from the limelight to address her struggles with depression and anxiety after being diagnosed with lupus in 2015.

I’m very aware some of my fans had noticed I was laying low for part of the summer and questioning why I wasn’t promoting my new music, which I was extremely proud of. So I found out I needed to get a kidney transplant due to my Lupus and was recovering. It was what I needed to do for my overall health. I honestly look forward to sharing with you, soon my journey through these past several months as I have always wanted to do with you. Until then I want to publicly thank my family argo to the Lupus Research Alliance website: www.lupusresearch.org/ -by grace through faith

Her illness required a kidney transplant in 2017. – Rappler.com