Despite his fame, Korean actor Jung Hae-in says he’s ‘not a Hallyu star’ 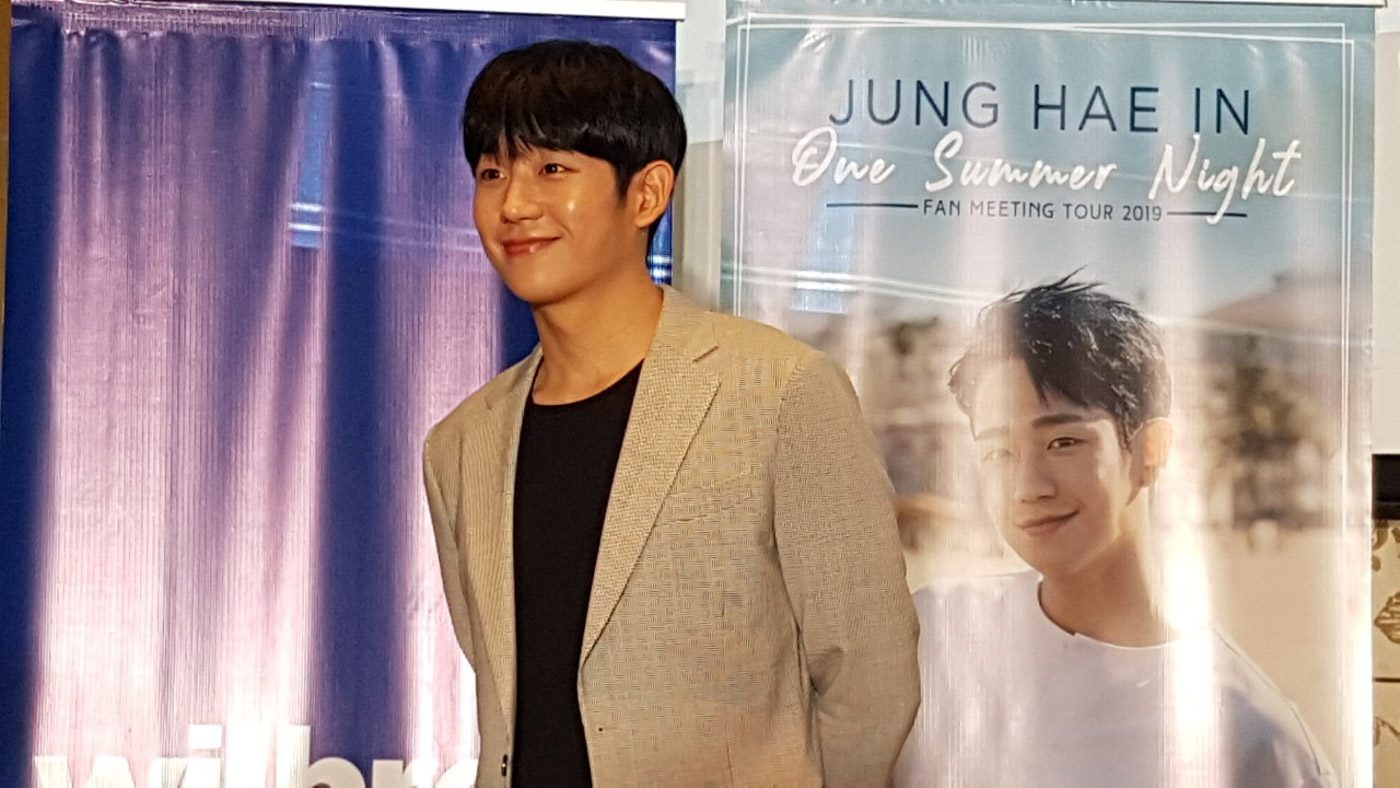 MANILA, Philippines – Korean actor Jung Hae-in made a low-key entrance at his own press conference on Friday, September 27, surprising his fans, the media, and even host Sam Oh who was just getting everybody warmed up for the event.

Without any fanfare, Hae-in appeared at the door of the hotel’s ballroom and walked towards the small stage while smiling at everybody. His fans tried to contain their excitement, but how can you not squeal at the sight of Hae-in, looking boyish, handsome, and dapper in his taupe suit?

Jung Hae-in is back in Manila for “One Summer Night,” his fan meet to be held on Saturday, September 28, at the New Frontier Theater. The fan meet this year is part of his “Jung Hae In Asia Tour 2019.”

This is Hae-in’s second time to hold a show for his Filipino fans. He was here in July last year, shortly after his hit drama series, Something in the Rain (Pretty Noona Who Buys Me Food).

Hae-in’s most recent drama, One Spring Night, wrapped up last May.

The 31-year-old is a certified star, but Hae-in was noticeably bashful throughout the press conference. His fans cheered him on with his answers, but he said one question still made him feel embarrassed.

Hae-in was asked, “What do you think sets you apart from the rest of the K-pop and Hallyu stars of this generation?”

Sam translated his answer: “First of all, I don’t really consider myself a Hallyu star…. I am just grateful that I get to do something that I love. You know, I am an actor and I’m just grateful and glad that I get to do that. It is also very embarrassing for me to compare myself to other actors and say why I am better than them. So, this is a very embarrassing question.” For his upcoming fan meet, Hae-in said he’ll be sharing not just behind-the-scene stories from his latest projects, but also his “very slightly upgraded singing skill.”

The press conference was a warm up to the big day. Here are 10 things we learned from Hae-in in less than 20 minutes of question-and-answer: Hae-in said “acting makes him happy and it’s something that he enjoys doing.” But that people from different parts of the world appreciates and enjoys his work; that fans gather to see him; and that he gets to be interviewed and people are taking his pictures make him “so grateful.”

Hae-in is excited to do more work to make his fans happy, as well. And he wants to say “thank you” to everybody! – Rappler.com