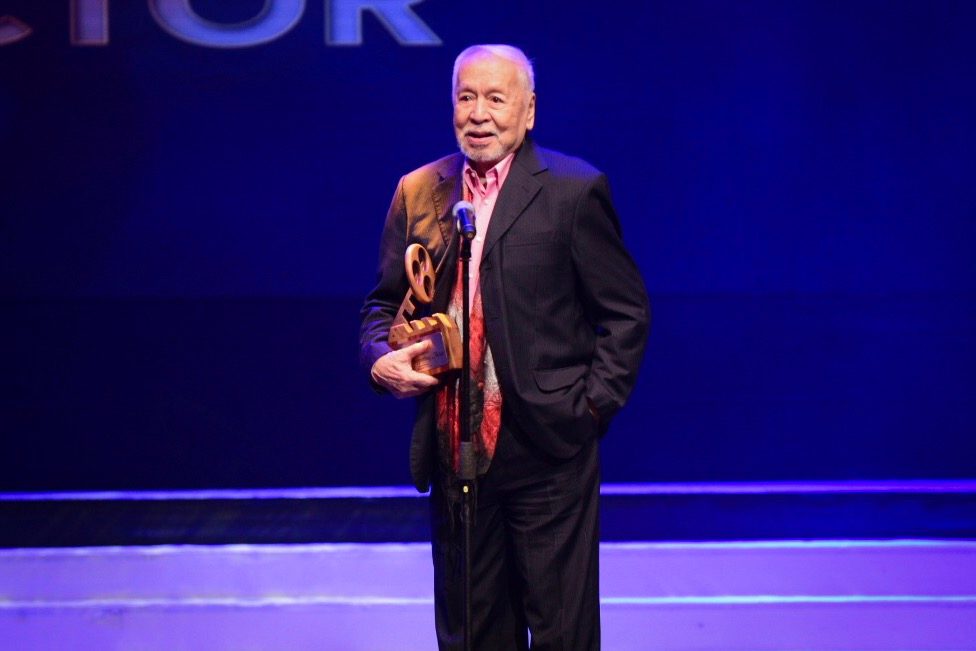 Facebook Twitter Copy URL
Copied
The film and theater veteran is remembered by his colleagues in the industry.

Metro Manila Film Festival spokesperson Noel Ferrer gave a statement to Rappler on Mabesa’s death, saying: “We have sent our condolences privately to the family and friends of Sir Tony Mabesa. We really mourn his death and thank him for his invaluable contribution to the arts and culture community and to our industry.”

Mabesa’s film and theater colleagues also posted about his death on Facebook.

“We, the family of Antonio Mabesa, are saddened to announce his passing. Sir Tony joined his creator at 10:20 this evening. He was surrounded by family and friends. Details of the wake will be announced tomorrow. We thank you for your prayers. We hope you can respect the family’s wish for privacy at this time,” it read.

The same statement was reposted by Cultural Center of the Philippines (CCP) Vice President and artistic director Chris Millado and Dulaang Unibersidad ng Pilipinas (UP) on their respective pages.

Star Cinema also posted a tribute to Mabesa on Twitter, describing him as “a legend. A star whose shine will never dim.”

A legend. A star whose shine will never dim. Thank you for all your contributions in this industry. Rest in Peace, Tony Mabesa. pic.twitter.com/2VBA2yBSPb

Born in Los Baños, Laguna in 1935, Mabesa started out with directing a class play at his high school. From that amateur stage, he was mentored by playwright Wilfrido Ma. Guerrero, and ended up leaving quite the mark on Philippine theater, establishing prominent theater groups such as Dulaang UP and UP Playwight’s Theater.

He also directed and acted in hundreds of plays and films, including the film Rainbow’s Sunset, where he played the late Eddie Garcia’s lover, a role for which he received the MMFF Best Supporting Actor award. – Rappler.com