4 reasons why we love Lee Seung-gi 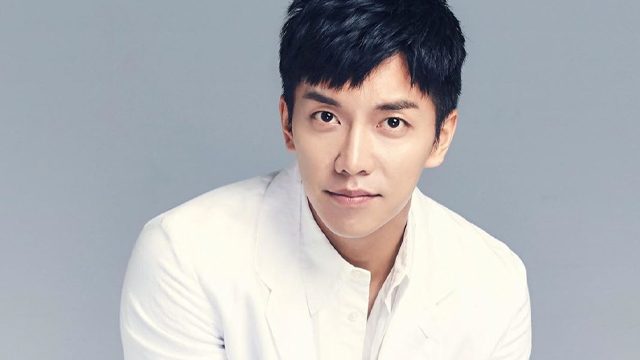 MANILA, Philippines – There’s a scene in My Girlfriend is a Gumiho that gets me every time.

In Episode 15, the main couple Mi-ho (Shin Mina) and Cha Dae-woong (Lee Seung-gi) meet again after being separated for a month – a classic case of “noble idiocy” in Korean drama speak – and Dae-woong wants to check for himself if the separation helped in keeping Mi-ho alive – that is, if she stopped losing her tails.

For context: Mi-ho, a gumiho or a nine-tailed fox, has been losing her tails in the process of becoming human, and her desire to become human is mainly because of Dae-woong.

After following Mi-ho around (much like how Mi-ho used to follow him around in earlier episodes), Dae-woong finally confronts the heroine to ask if she’s still dying. “I couldn’t stop,” Mi-ho says as she shows him the only tail she has left.

That’s pretty much how Lee Seung-gi fans (or Airens) feel about the actor – myself included. Once you become a fan of the South Korean actor, it’s just impossible to stop loving him. He’s dubbed “Nation’s Son-in-Law” in South Korea, after all. With his boyish charm, trademark smile, and acting prowess, Lee Seung-gi is still at the top of his game in an industry filled with many up-and-coming stars.

How do we love Lee Seung-gi? Let us count the ways:

1. He’s starred in some of our favorite K-dramas.

Most Filipinos know Lee Seung-gi from My Girlfriend is a Gumiho, but the very first K-drama he headlined was actually 2009’s Brilliant Legacy, with Han Hyo-joo, Bae Soo-bin, and Moon Chae-won.

He played a bad guy role in that K-drama – totally different from the young and immature Dae-woong in My Girlfriend is a Gumiho. The 2010 drama was extremely popular and even earned various awards during the SBS Drama Awards that year. Not surprisingly, Lee Seung-gi and Shin Min-ah won the Best Couple Award.

If seeing him in the small screen is not enough, Lee Seung-gi has also starred in a couple of films, in a genre he has mastered all these years. His first romantic comedy film is 2015’s Love Forecast, a reunion with his Brilliant Legacy co-star Moon Chae-won. The film is about longtime friendships, romance, and the dreaded friend zone. Watch if you’re up for something cute and light, or if you need a quick Lee Seung-gi fix but can’t commit to a 16-episode drama.

His other film is another romcom but set in the Joseon era. I haven’t seen The Princess and the Matchmaker yet, but judging from the trailer and Lee Seung-gi’s co-stars – Shim Eun-kyung, Yeon Woo-jin, Kang Min-hyuk, and Choi Woo-shik – I’m sure the film is one heck of a ride. 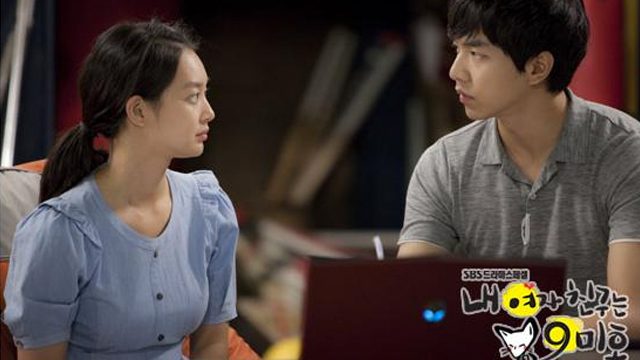 3. He’s a natural at variety shows.

If you’ve watched any of South Korea’s popular variety shows, you’d know how they can bring out the best (and sometimes, even the worst) of Korean celebrities.

For Lee Seung-gi, variety shows have only endeared him more to the Korean audience. Who can forget his heodang (adorable klutz) image in 1 Night 2 Days? His bromance with his hyungs in Strong Heart and New Journey to the West? His determination to take on new challenges in Master in the House? His warmhearted personality in Little Forest?

Lee Seung-gi the variety show veteran shows no sign of stopping. After winning in the 2018 SBS Entertainment Awards, Lee Seung-gi is set to appear on the second season of Netflix’s variety show Busted 2. Fans surely can’t wait to see another side of him in the upcoming show!

4. Did you know that he could sing, too?

Let’s not forget that Lee Seung-gi is also a good singer, with hits like “Because You’re My Woman,” “Will You Marry Me,” “Return,” and “Losing My Mind,” under his belt. I can attest that the last song, which is part of the My Girlfriend is a Gumiho OST, is fun to sing at noraebang. Here’s my favorite live performance of “Losing My Mind”:

How about you? What do you love about Lee Seung-gi? Let us know in the comments section below!

Lee Seung-gi is coming to Manila to meet his Filipino fans on October 12 at the New Frontier Theatre. The fan meet is presented by HOOK Entertainment and Applewood, and promoted by ABS-CBN Events and CDM Entertainment. – Rappler.com