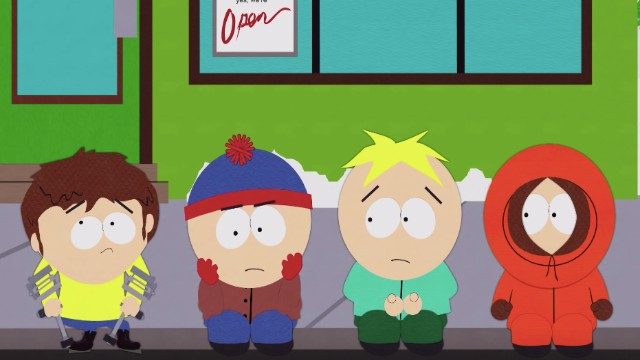 BEIJING, China — The creators of South Park have issued a mock apology to China after censors scrubbed their popular animation from the Chinese web.

The tongue-in-cheek statement, skewering Beijing’s demands that western brands conform to its world view, came with officials apparently annoyed about an episode that crossed several of the Communist Party’s red lines.

The episode — called “Band in China” — depicted forced labor at a Chinese prison, and parodied companies that cave-in to censorship for commercial gain.

“I can’t sell my soul like this,” says one character, who was under pressure from Chinese censors to rewrite his music.

“It’s not worth living in a world where China controls my country’s art,” he added.

The incident comes as the NBA and its Houston Rockets franchise are facing fierce criticism and financial punishment in China over a tweet supporting Hong Kong’s democracy protesters.

Both the league and the team have scrambled to apologize over the tweet by Rockets’ general manager Daryl Morey, as calls for a boycott gather steam in one of the NBA’s most lucrative markets.

But the apologies have sparked derision in the United States, where critics said the league was sacrificing morals for money.

Writing on Twitter, “South Park” creators Trey Parker and Matt Stone offered spoof contrition over any offense they had caused in China with their satirical show.

“Like the NBA, we welcome the Chinese censors into our homes and into our hearts,” they wrote.

“We too love money more than freedom and democracy. Xi doesn’t look just like Winnie the Pooh at all,” the statement added, a reference to banned memes comparing Chinese President Xi Jinping with AA Milne’s portly bear.

“Long live the Great Communist Party of China! May this autumn’s sorghum harvest be bountiful! We good now China?” the statement read.

And while information on South Park was still available on a few video streaming sites, episodes could not be played.

Parker and Stone’s response to China stands in stark contrast to that of major Western brands who have quickly beaten a retreat when faced with potential losses in China’s huge — and fiercely nationalistic — consumer market.

Companies ranging from airlines to fashion houses have issued fulsome apologies, often after being charged with “hurting the feelings of the Chinese people”.

As well as any indication of support for protests in Hong Kong, common crimes include labeling Taiwan as a separate country — China believes it is a renegade province — or discussing Xinjiang, where rights groups say a million mostly-Muslim minorities are being held in prison camps. —Rappler.com